A double feature starring Conrad Brooks (star of Ed Wood's "Plan 9 From Outer Space" and "Glen or Glenda"), the Cecil B. Demille of bad movies. 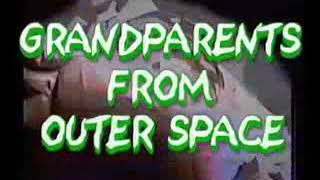 "Conrad Brooks is the Gielgud of bad movies." -- The New York Times

Edward D. Wood, Jr. company player Conrad Brooks (Plan 9 From Outer Space, Glen or Glenda?) carries on the tradition of loopy no-frills movie-making into the modern era with a pair of (we can safely say) the most unusual flicks you'll ever see! You've been warned...

Hillbilly Monster aka Son Of Jan-Gel (2003): A half-boy, half-beast - the feature attraction of a carnival freak show - escapes his captors and flees into the nearby woodland. Jake, the evil carnival owner, is less concerned with the creature's well-being than the profits he will lose without his "star." As the corrupt carny begins his search, so does the beast-boy's guardian, a local man who found the creature in the wilds years ago. Meanwhile, the creature is befriended by a young man named Jason and taken in by a kindly doctor and his assistant. Together, the trio tries to rehabilitate the beast-boy. It's soon learned that the creature may be the hideous offspring of Jan-Gel, the monstrous caveman that once stalked the Virginia hill country.

Grandparents From Outer Space (1999): Two intergalactic senior citizens, searching for their grandchildren, crash-land their spaceship on Earth. Turns out, that's exactly where the missing kids are located. The space seniors encounter some culture shock when they try to assimilate the locals. A young couple tries to help the elderly voyagers, but it's a race against the clock to reunite grandparents and grandkids before time runs out.

Life is tough when you're a HILLBILLY MONSTER, as this double feature shows. Conrad Brooks stars in both, bringing his usual charismatic acting skills to the screen, as previously seen in PLAN 9 FROM OUTER SPACE and GLEN OR GLENDA.

Mystery | Suspense | Thriller
This product is made-on-demand by the manufacturer using DVD-R recordable media. Almost all DVD players can play DVD-Rs (except for some older models made before 2000) - please consult your owner's manual for formats compatible with your player. These DVD-Rs may not play on all computers or DVD player/recorders. To address this, the manufacturer recommends viewing this product on a DVD player that does not have recording capability.


I understand where Brooks is trying to go here. He really wants to rekindle the "magic" of Ed Wood. But what he doesn't realise is that the Ed Wood magic comes mostly from Ed's legacy of absurdity and not the inherit badness of his work. HillBilly Monster just doesn't work. Brooks has assembled a gaggle of friends and family and I would suspect any one who would invest a few dollars and thrown them into a movie. Thus the acting is bad. Not just bad. It is not even there. Every character is played exactly the same. The Doctor sounds just like the groundskeeper who delivers lines exactly like the Carnival Manager. The script is much less about The Monster and much more about the hunt for the monster. The hunt is conducted by several people who seem to wander in and out of each other's space and ask a question like "Have you seen that Hillbilly Monster around here?"

There are also distracting technical issues. The "film" isn't film at all. It was made on either digital tape or direct to mpeg video so it lacks the quality of a film and looks more like your home movies. There was also no sound equiptment other than the mics on the cameras, thus extemperanious sounds like the camera motors and off "stage" bumbling around are often heard.

There are some who would say this is as bad as an Ed Wood film and possibly it is but it is not "fun" like Ed Wood movies. It is for people who think Ed Wood was a great filmaker. Not for those who enjoy his campy humor.