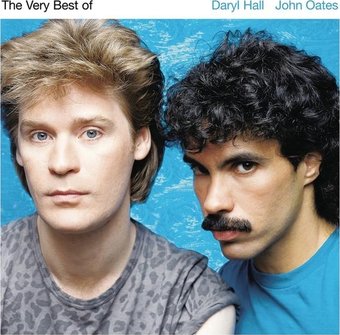 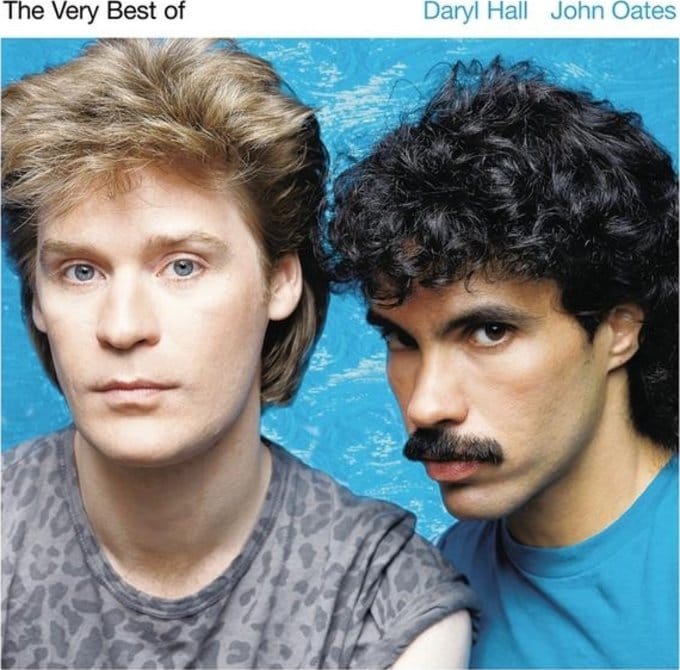 Hall & Oates: Darryl Hall, John Oates (vocals, guitar, keyboards).
Producers: Daryl Hall, John Oates, Christopher Bond, David Foster, Bob Clearmountain.
Compilation producer: Paul Williams.
Includes liner notes by Michael Hill.
All tracks have been digitally remastered by Bill Lacey.
Photographer: Lynn Goldsmith.
There's one thing wrong with The Very Best of Daryl Hall & John Oates, and it's minor -- the promotional 12" mix of "Adult Education" is included in favor of the 7" version. This isn't a big deal and it doesn't mar what is the best overview of Hall & Oates' RCA years, the era when they became the biggest-selling duo in the history of rock. If the Atlantic years were more adventurous, dabbling in folk and album rock, The Very Best of demonstrates the virtues of consistency, since these blue-eyed soul songs rank among the very finest singles (and songs) of their time. And Hall & Oates weren't unadventurous, either, since they deftly blended elements of new wave, contemporary soul, and soft rock into their signature sound. Most impressively, smaller hits like "Wait for Me" and the splendid "Did It in a Minute" (easily one of the greatest songs they ever cut) more than hold their own alongside familiar items like "Sara Smile," "You Make My Dreams," "Private Eyes," and "Maneater." Hall & Oates may not have been hip, but they made addictive soul-pop that not only rocketed to the top of the charts but has stood the test of time as some of the best pop made during the early '80s. ~ Stephen Thomas Erlewine

37%off
Lionel Richie
The Definitive Collection
$10.70
Add to Cart