Get email alerts for Fleetwood Mac
140 ratings
Currently Out of Stock: We'll get more as soon as possible
Notify Me When Available
Add to Wishlist
Format:  CD
sku:  ZNLX 25801
91% recommend us! 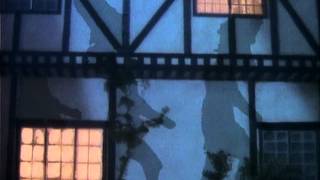 This 16-song collection includes a number of chart-topping Fleetwood Mac releases, most of them selected from their remarkable, decade-plus long run of hits spanning the mid 1970s through the 1980s. GREATEST HITS includes songs such as the Stevie Nicks classics "Rhiannon," "Dreams," and "Gypsy," as well as a number of standout tracks by pianist Christine McVie, including "Over My Head" and "Say You Love Me."

Additionally, guitarist and songwriter Lindsey Buckingham, who, like Nicks, enjoyed a solo career in addition to putting in time with Fleetwood Mac, is also represented here with excellent songs, including "Go Your Own Way" and "Tusk." GREATEST HITS is an excellent primer for anyone unfamiliar with one of the most successful pop bands of a generation. Bonus tracks on this release include a long version of the Stevie Nicks hit, "Sara."