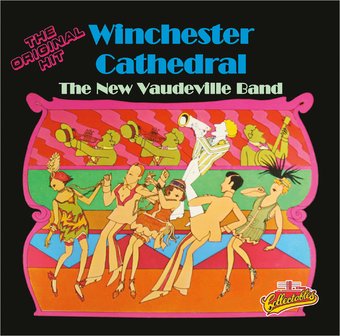 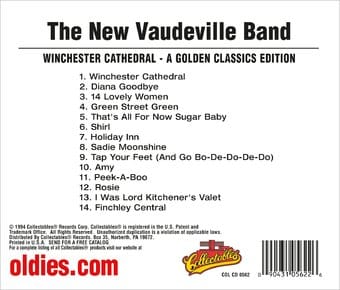 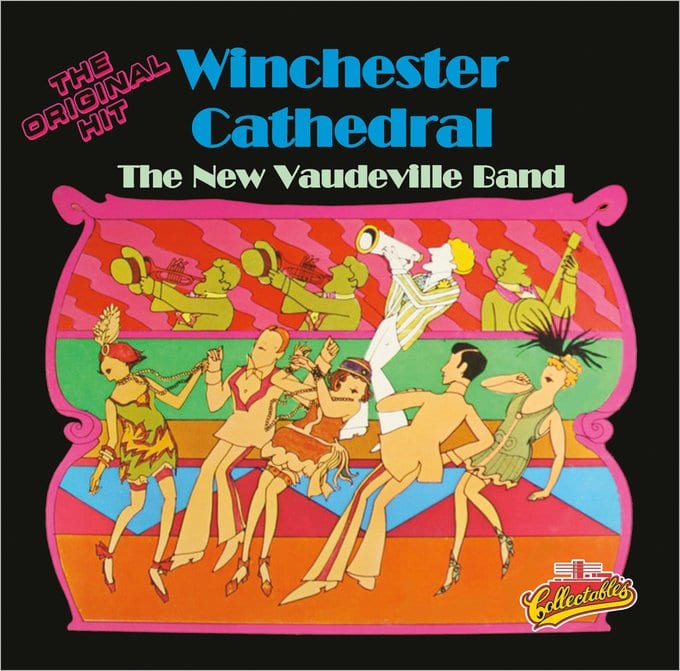 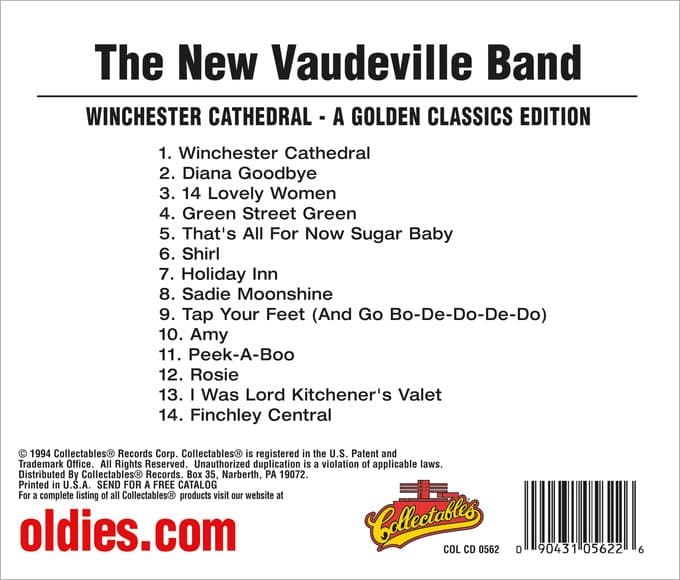 Swinging pop sounds were the specialty of The New Vaudeville Band. The creation of British composer and producer Geoff Stephens, the group had their biggest smash hit with "Winchester Cathedral", which was #1 for three weeks in 1966. This very listenable collection brings together fourteen of their best tracks.

The New Vaudeville Band includes: Geoff Stephens.
Includes liner notes by Mark Marymont.
Personnel: Alan Klein (vocals); Mick Wilsher (guitar); Hugh "Shuggy" Watts (trombone); Stan Heywood (keyboards).
Liner Note Author: Mark Marymont.
Collectables has compiled an adequate collection of songs by this novelty vaudeville jazz outfit that surfaced for a short chart run in the mid-'60s. Although limited in range and at times far too obvious, at their best the New Vaudeville Band delivered a whimsical, sometimes clever take on original and imitation tunes of the 1920s and 1930s. Their hits are here (including the title track, its witty clone "Finchley Central," and the catchy "Peek-a-Boo," along with some of the better album tracks) -- as well as some real clunkers. The hits are the best songs here, and the uptempo ukulele-led "Sadie Moonshine" and playfully risqu‚ "That's All for Now Sugar Baby" add some depth to the collection. Fans would have been better served if more tuneful and humorous album tracks had been selected rather than the unfortunate "14 Lovely Women" or the tepid likes of "Holiday Inn" and "Green Street Green" (both performed better on Herman's Hermits albums, incidentally). Another flaw is the lack of recording information and even songwriting credits in the liner notes. Still, this is more than enough New Vaudeville Band for most people, while devoted fans and the curious will be rewarded by supplementing these compact disc versions with the albums in order to get a more flavorful taste of this often entertaining group. ~ Stephen Constantelos