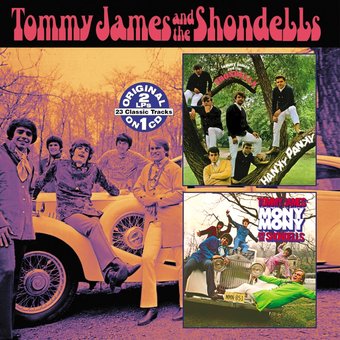 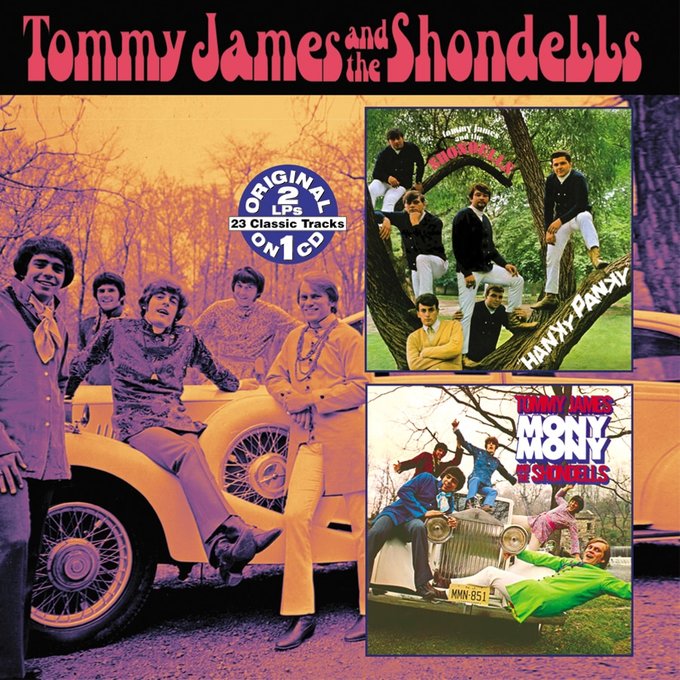 One of the most popular attractions of their day, Tommy James and the Shondells racked up nineteen Billboard best sellers during the 1960s. This collection brings together two complete albums, originally released on Roulette, on one CD. Among the high-energy, "frat party" classics which are included here are their #1 hit, "Hanky Panky", as well their smash, "Mony Mony".

2 LPs on 1 CD: HANKY PANKY (1966)/MONY MONY (1968).
Sequel's Hanky Panky/Mony Mony combines two early albums from Tommy James & the Shondells on one CD. The best moments on these albums were released as singles, which means that casual fans should stick to the hits collections. However, serious collectors might want to check out this disc, since it has a couple of strong album tracks and covers. They may not be as good as the hits, but they may satisfy fans of James' sound. ~ Stephen Thomas Erlewine

Good price, for what you get, + other material! Music Lover: Richard Higginson from SANTA CLARITA, CA US -- June, 6, 2017


The main reason that I am writing, is that a long time ago, from about 1965 to 1985, in addition to records, I also purchased the commercial, consumer reel - to - reel tapes which were usually, except for the major labels, duplicated by independent tape duplication companies. These were, somewhat roughly, equivalent to today's C Ds, in that they were made from a copy of the master tape, not a record. The 7 and 1/2 ips dupe of "Mony Mony" had a killer, really deep bass, not evident in any other formats I've heard. When a master recording was e q'd for a record, big "excessive" bass was oftentimes filtered out, to avoid stylus skipping. This was not necessary for reel, 8 Track & cassette tape, so at times this was left in. If you like the two hits, for $2 it's O K. At this point, the band was developing into an above average garage band, until the talented Tommy James began to develop 'more progressive' Top 40 singles. Note that, for what it's worth, the initial Greatest Hits LP did not contain "Hanky Panky." Probably as the Roulette label single was lifted from a worn 45 rpm single. Collectors have said that this was originally issued on two small labels, one being 'Snap' as I recall, where the sound was much better. While Roulette had a lot of legitimate hits, the label wasn't too picky concerning the sources for issue. If this label could press old, stinky fish for sale, they would have done this!