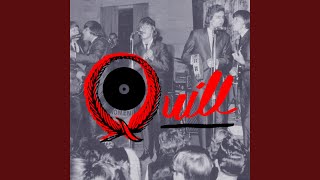 An outstanding collection of 25 great tracks fron the '60s. Some of these folks - Peter Cetera, for one - went on to big things, while others remained local legends.

Performers include: The Exceptions, The Exterminators, The Delights, The Riddles.
Liner Note Author: Harry Young.
Recording information: Ter-Mar Studios, Chicago, IL.
Peter Wright's Quill Records recorded some of America's best garage rock. The term is a misnomer in Wright's case because he used good studios but still managed to produce that raw, edgy sound associated with the style. The 25 tracks represent a good overview of Quill's output by a host of Midwest bands that deserved far better including the Exterminators, the Rooks, Chances R, the High Schoolers, the Delights, and the Skunks. Lovers of the style will treasure these refreshing mid-'60s sounds. ~ Andrew Hamilton


Some wonderfull Chicago groups that had fantastic songs but just had crappy promotion.

Baz Warne of The Toys and The Stranglers UK.

Bobby Goldsboro
Best Of Vol. 2 (Re-Recorded In Stereo)
$4.98 on Sale
Add to Cart

83%off
At Peace with Nature: Wondrous Waterfall TOP 25 Bestselling CD
99¢ Out of Stock
Save for Later