Cartoon Curiosities of the 1930s

Rare, strange, and politically incorrect cartoons from the '30's assembled with the help of film historian John Kirby Carpenter, "The Movie Man." 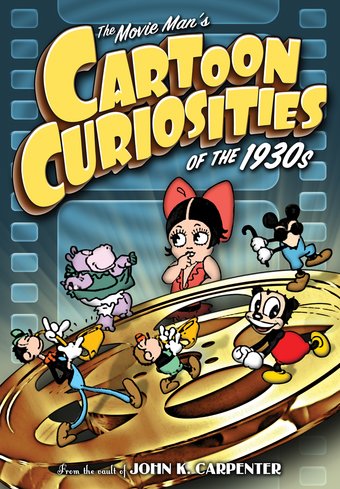 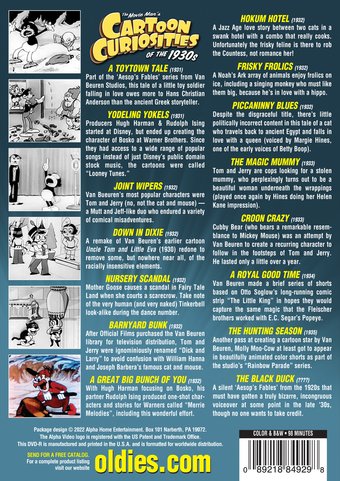 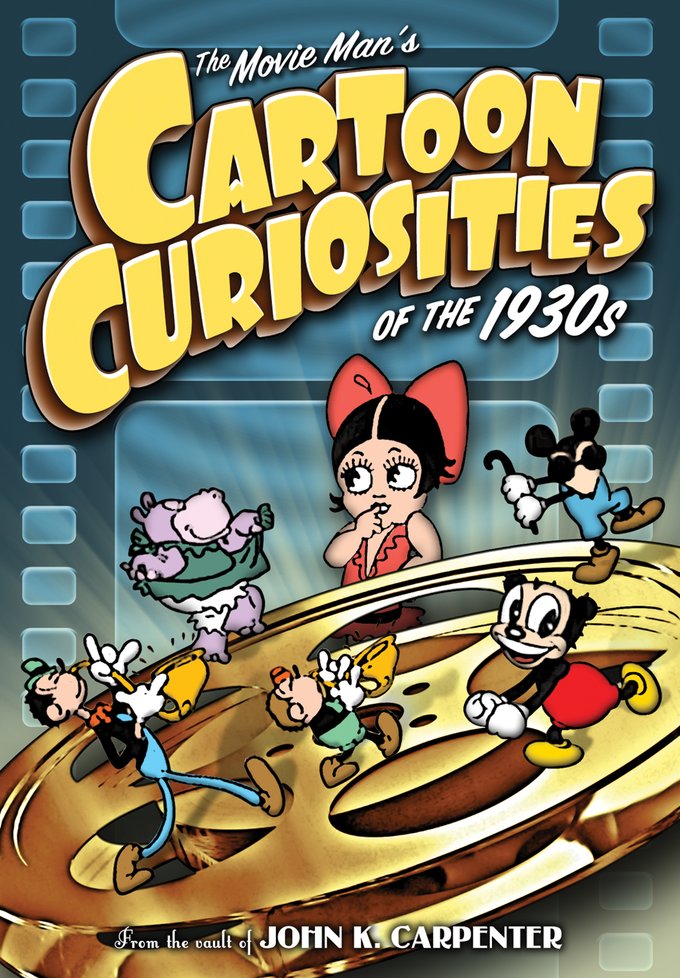 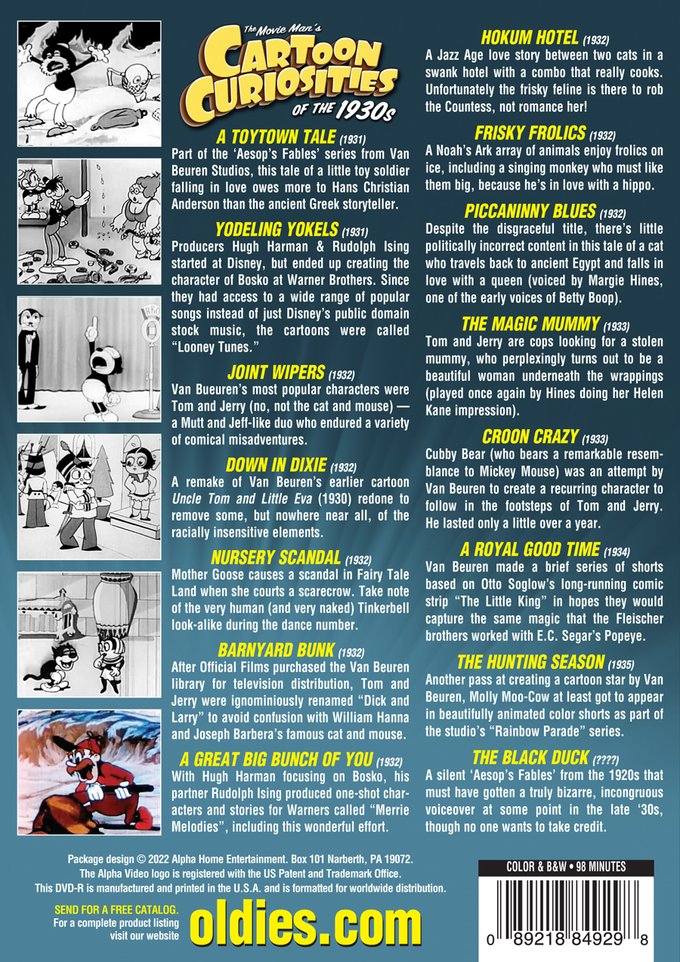 A TOYTOWN TALE (1931): Part of the 'Aesop's Fables' series from Van Beuren Studios, this tale of a little toy soldier falling in love owes more to Hans Christian Anderson than the ancient Greek storyteller.

YODELING YOKELS (1931): Producers Hugh Harman & Rudolph Ising started at Disney, but ended up creating the character of Bosko at Warner Brothers. Since they had access to a wide range of popular songs instead of just Disney's public domain stock music, the cartoons were called "Looney Tunes."

JOINT WIPERS (1932): Van Bueuren's most popular characters were Tom and Jerry (no, not the cat and mouse) - a Mutt and Jeff-like duo who endured a variety of comical misadventures.

DOWN IN DIXIE (1932): A remake of Van Beuren's earlier cartoon Uncle Tom and Little Eva (1930) redone to remove some, but nowhere near all, of the racially insensitive elements.

NURSERY SCANDAL (1932): Mother Goose causes a scandal in Fairy Tale Land when she courts a scarecrow. Take note of the very human (and very naked) Tinkerbell look-alike during the dance number.

A GREAT BIG BUNCH OF YOU (1932): With Hugh Harman focusing on Bosko, his partner Rudolph Ising produced one-shot characters and stories for Warners called "Merrie Melodies", including this wonderful effort.

HOKUM HOTEL (1932): A Jazz Age love story between two cats in a swank hotel with a combo that really cooks. Unfortunately the frisky feline is there to rob the Countess, not romance her!

FRISKY FROLICS (1932): A Noah's Ark array of animals enjoy frolics on ice, including a singing monkey who must like them big, because he's in love with a hippo.

PICCANINNY BLUES (1932): Despite the disgraceful title, there's little politically incorrect content in this tale of a cat who travels back to ancient Egypt and falls in love with a queen (voiced by Margie Hines, one of the early voices of Betty Boop.)

THE MAGIC MUMMY (1933): Tom and Jerry are cops looking for a stolen mummy, who perplexingly turns out to be a beautiful woman underneath the wrappings (played once again by Hines doing her Helen Kane impression.)

CROON CRAZY (1933): Cubby Bear (who bears a remarkable resemblance to Mickey Mouse) was an attempt by Van Beuren to create a recurring character to follow in the footsteps of Tom and Jerry. He lasted only a little over a year.

A ROYAL GOOD TIME (1934): Van Beuren made a brief series of shorts based on Otto Soglow's long-running comic strip "The Little King" in hopes they would capture the same magic that the Fleischer brothers worked with E.C. Segar's Popeye.

THE HUNTING SEASON (1935): Another pass at creating a cartoon star by Van Beuren, Molly Moo-Cow at least got to appear in beautifully animated color shorts as part of the studio's "Rainbow Parade" series.

THE BLACK DUCK (????): A silent 'Aesop's Fables' from the 1920s that must have gotten a truly bizarre, incongruous voiceover at some point in the late '30s, though no one wants to take credit.