A collection of rare animated cartoons all featuring Farmer Alfalfa. 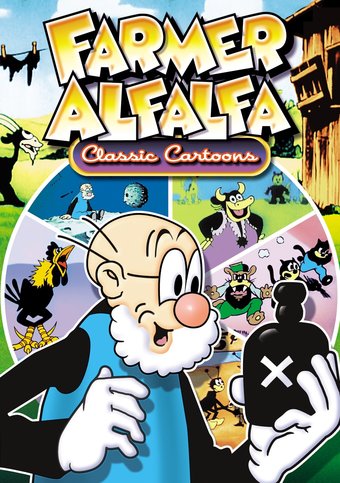 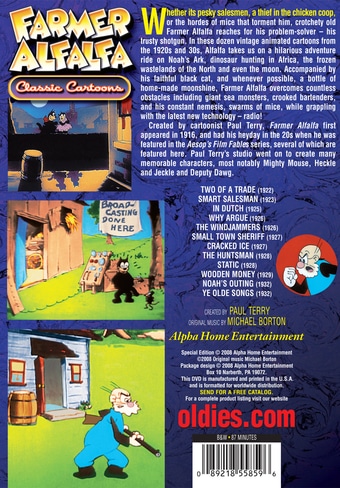 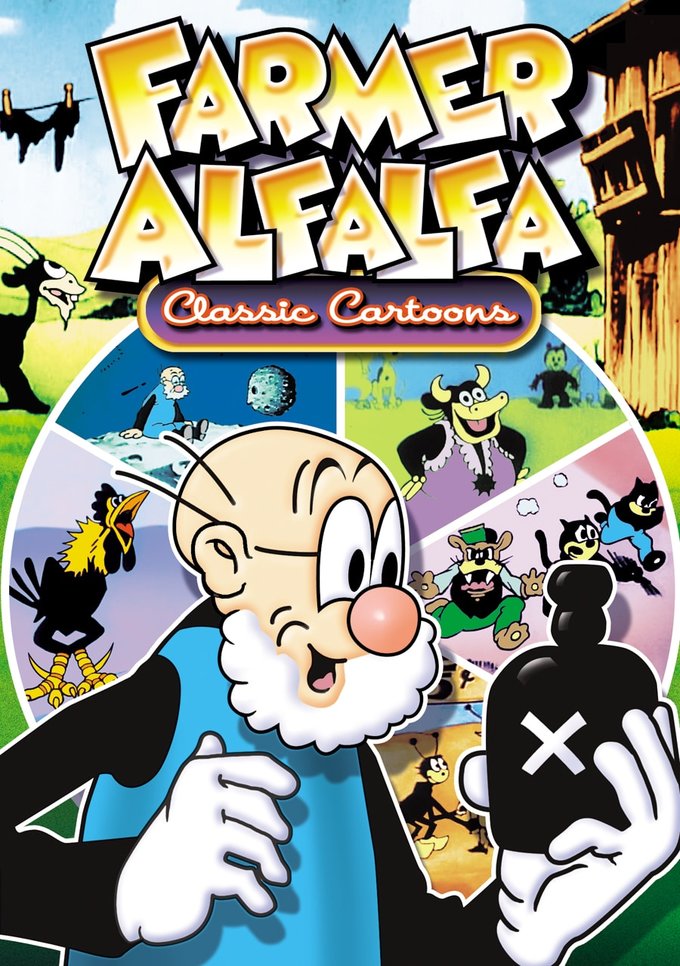 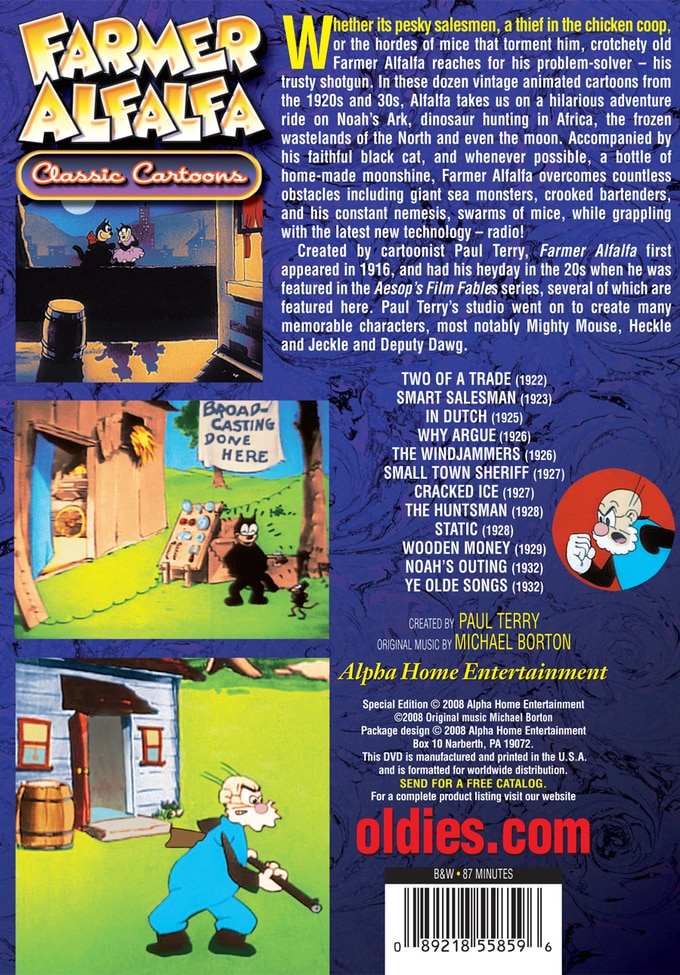 Whether its pesky salesmen, a thief in the chicken coop, or the hordes of mice that torment him, crotchety old Farmer Alfalfa reaches for his problem-solver - his trusty shotgun. In these dozen vintage animated cartoons from the 1920s and 30s, Alfalfa takes us on a hilarious adventure ride on Noah's Ark, dinosaur hunting in Africa, the frozen wastelands of the North and even the moon. Accompanied by his faithful black cat, and whenever possible, a bottle of home-made moonshine, Farmer Alfalfa overcomes countless obstacles including giant sea monsters, crooked bartenders, and his constant nemesis, swarms of mice, while grappling with the latest new technology - radio!

Created by cartoonist Paul Terry, "Farmer Alfalfa" first appeared in 1916, and had his heyday in the 20s when he was featured in the Aesop's Film Fables series, several of which are featured here. Paul Terry's studio went on to create many memorable characters, most notably Mighty Mouse, Heckle and Jeckle and Deputy Dawg.

Animation | Classic | Cartoons
This product is made-on-demand by the manufacturer using DVD-R recordable media. Almost all DVD players can play DVD-Rs (except for some older models made before 2000) - please consult your owner's manual for formats compatible with your player. These DVD-Rs may not play on all computers or DVD player/recorders. To address this, the manufacturer recommends viewing this product on a DVD player that does not have recording capability.


Those of us who are old enough well remember these cartoons on television in the early 1950s. Parents often complained about the violence in them. As far as my memory goes, as well as the comparative memory of other folks who also remember these cartoons, what you have here are edited versions of the cartoons. The violence is cut out. Nevertheless, it is good to see the old farmer again and the cartoons are funny. They may be lost on the younger generations, but the nostalgia value is more than worth the price.

20%off
The Exquisite Short Films of Kihachiro Kawamoto
$24.10 Super Savings
Add to Cart
(3)