You'll think twice before getting into a car after watching these hair-raising driver's ed. films from the Baby Boomer era. 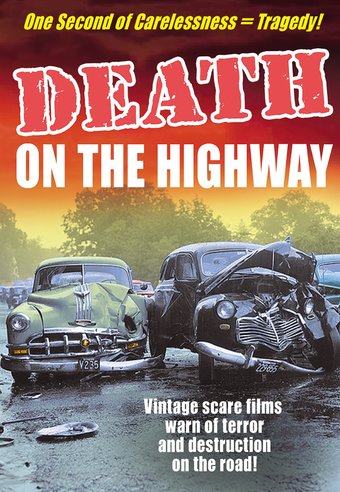 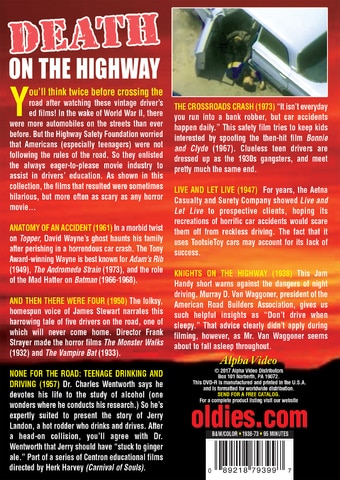 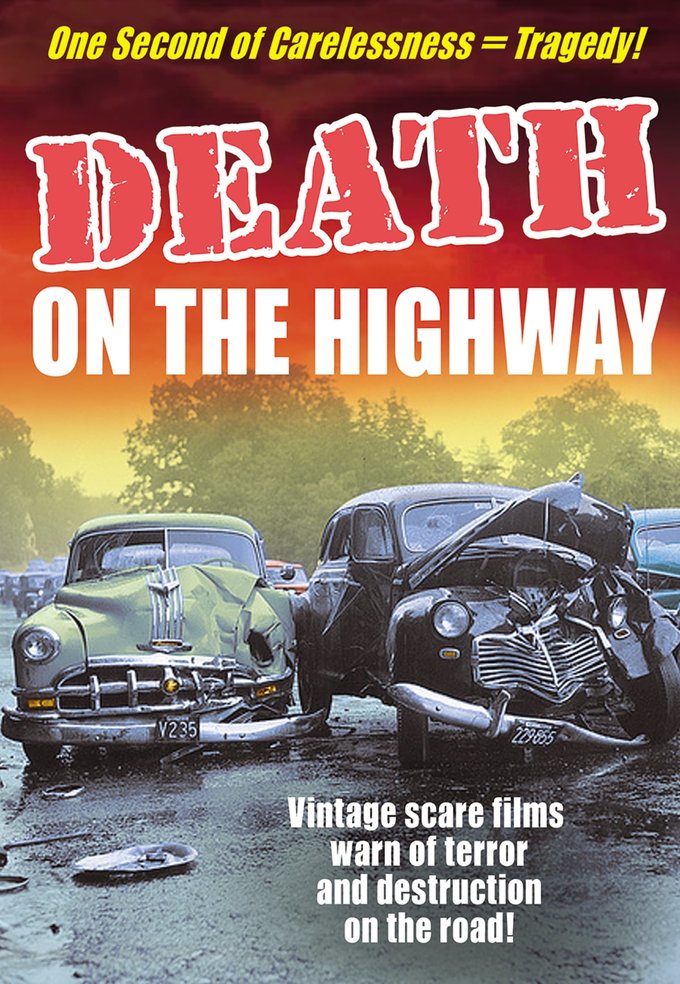 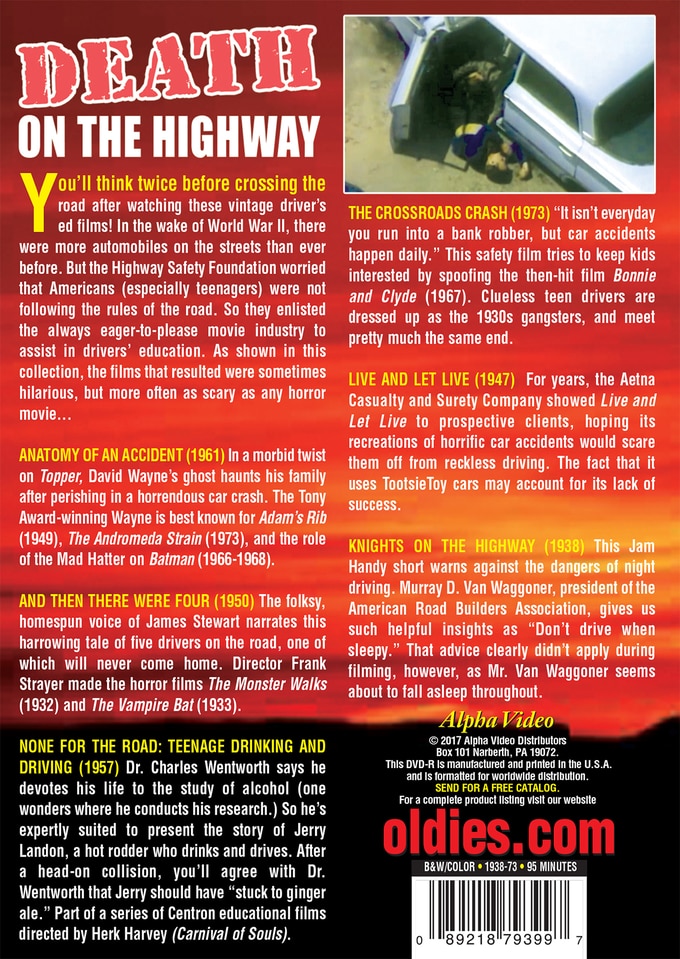 You'll think twice before crossing the road after watching these vintage driver's ed films! In the wake of World War II, there were more automobiles on the streets than ever before. But the Highway Safety Foundation worried that Americans (especially teenagers) were not following the rules of the road. So they enlisted the always eager-to-please movie industry to assist in drivers' education. As shown in this collection, the films that resulted were sometimes hilarious, but more often as scary as any horror movie...

KNIGHTS ON THE HIGHWAY (1938): This Jam Handy short warns against the dangers of night driving. Murray D. Van Waggoner, president of the American Road Builders Association, gives us such helpful insights as "Don't drive when sleepy." That advice clearly didn't apply during filming, however, as Mr. Van Waggoner seems about to fall asleep throughout.

LIVE AND LET LIVE (1947): For years, the Aetna Casualty and Surety Company showed Live and Let Live to prospective clients, hoping its recreations of horrific car accidents would scare them off from reckless driving. The fact that it uses TootsieToy cars may account for its lack of success.

AND THEN THERE WERE FOUR (1950): The folksy, homespun voice of James Stewart narrates this harrowing tale of five drivers on the road, one of which will never come home. Director Frank Strayer made the horror films The Monster Walks (1932) and The Vampire Bat (1933).

NONE FOR THE ROAD: TEENAGE DRINKING AND DRIVING (1957): Dr. Charles Wentworth says he devotes his life to the study of alcohol (one wonders where he conducts his research.) So he's expertly suited to present the story of Jerry Landon, a hot rodder who drinks and drives. After a head-on collision, you'll agree with Dr. Wentworth that Jerry should have "stuck to ginger ale." Part of a series of Centron educational films directed by Herk Harvey (Carnival of Souls).

ANATOMY OF AN ACCIDENT (1961): In a morbid twist on Topper, David Wayne's ghost haunts his family after perishing in a horrendous car crash. The Tony Award-winning Wayne is best known for Adam's Rib (1949), The Andromeda Strain (1973), and the role of the Mad Hatter on Batman (1966-1968).

THE CROSSROADS CRASH (1973): "It isn't everyday you run into a bank robber, but car accidents happen daily." This safety film tries to keep kids interested by spoofing the then-hit film Bonnie and Clyde (1967). Clueless teen drivers are dressed up as the 1930s gangsters, and meet pretty much the same end.