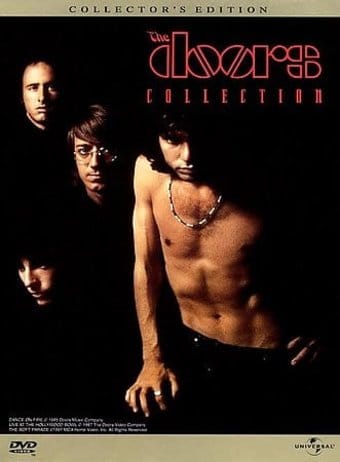 This special release compiles three Doors films--DANCE ON FIRE, THE DOORS: LIVE AT THE HOLLYWOOD BOWL and THE SOFT PARADE. The first is a collection of 14 songs--including some extremely rare footage--drawn from the group's many television performances. The second, filmed live at the Hollywood Bowl in the summer of 1968, features Jim Morrison and the band performing an extended version of "Light My Fire," plus 10 of their other most loved songs. And the third includes the Doors' last televised appearance on PBS in 1969 in the aftermath of the infamous Miami concert that resulted in Morrison's arrest for "indecent exposure." In addition, the compilation includes commentary by surviving Doors members Ray Manzarek, John Densmore and Robby Krieger, two Manzarek student films, archival stills, and a jazz adaptation of "The End" by Krieger.

This collection contains two videos that capture The Doors, one of the finest and most original rock bands of all time, in a live show at the Hollywood Bowl and performing songs from their hit album "Soft Parade.

The Doors
No One Here Gets Out Alive: Doors' Tribute To Jim Morrison (DVD)
$12.70
Add to Cart