The Doors No One Here Gets Out Alive: Doors' Tribute To Jim Morrison 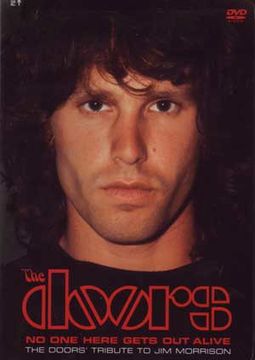 No One Here Gets Out Alive, The Doors' tribute to Jim Morrison, is a full exploration of the controversial and quixotic singer, delving into his fascination with cinema and psychology, mysticism and sexuality, poetry and power. In addition to performance clips of the band in action, it features interviews with all the surviving members of The Doors and many others who were instrumental in creating and maintaining the legend, from record producer Paul Rothchild to biographers Danny Sugerman and Jerry Hopkins (who wrote the best-seller, No One Here Gets Out Alive, from which this program was inspired).

This tribute to the Lizard King is inspired by the biography NO ONE HERE GETS OUT ALIVE by Danny Sugerman and Jerry Hopkins. It includes the remaining members of the influential hit makers, the Doors discussing the legend of their front man as well as memories by others who knew him. Includes full performances of "Touch Me," "The Changeling," and "L.A. Woman."