In one small bottle... The fountain of youth. The secret of eternal life. The power of an ancient potion. Sometimes it works... sometimes it doesn't. 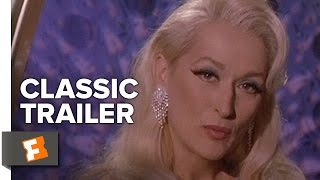 An overweight woman loses her alcoholic plastic surgeon boyfriend to an aging star and immediately doubles her weight. An enchantress puts a spell on the women that makes them immortal -- no matter how dead they get.

Two women, one an author of beauty books and the other a vain actress, constantly compete with each other over which is the more attractive. So they both can't resist when presented with a magical elixir that promises eternal youth, life and loveliness. They discover, to their dismay, that the fiendish potion has some unexpectedly devastating -- and darkly funny -- effects.