The Witches of Eastwick R 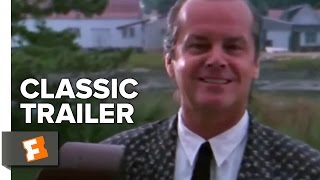 Based on John Updike's best-seller, this comic battle of the sexes is coupled with supernatural thriller overtones. Three beautiful unmarried residents of a small New England town seem to have conjured up "Mr. Right." But just who is this rich, eccentric and charismatic stranger'

In the tranquil New England town of Eastwick reside three best friends: sexy dark-haired Alexandra, emotional redhead Jane, and intelligent blonde Sukie. Bored and dateless, this trio of divorced "witches" decide to conjure up their perfect man. He arrives in the form of Daryl Van Horn, who's charismatic, intelligent, and quite literally a "horny little devil". After Daryl easily seduces each witch by tapping into and exploiting her individual needs, the foursome begin living together in communal bliss. But soon the three women realize that Daryl is not the man of their dreams after all, and abandon him. But unfortunately for the lovely trio, hell hath no fury like The Devil scorned...