Three people are transported into a parallel universe / Earth is attacked by an intergalactic villain. 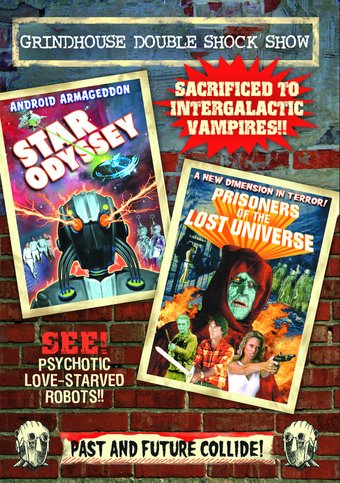 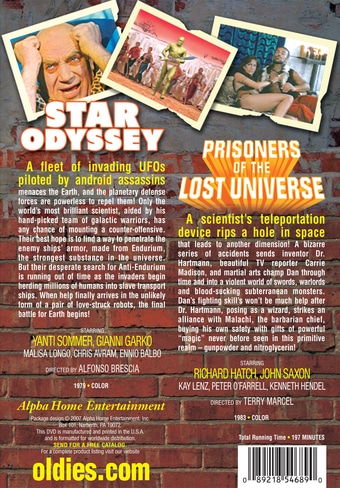 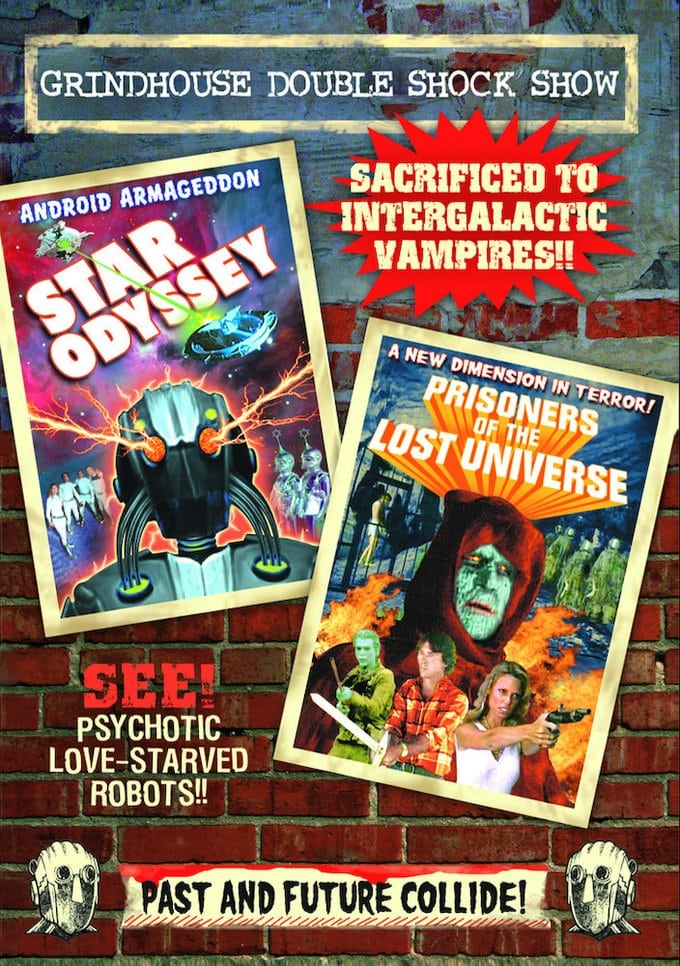 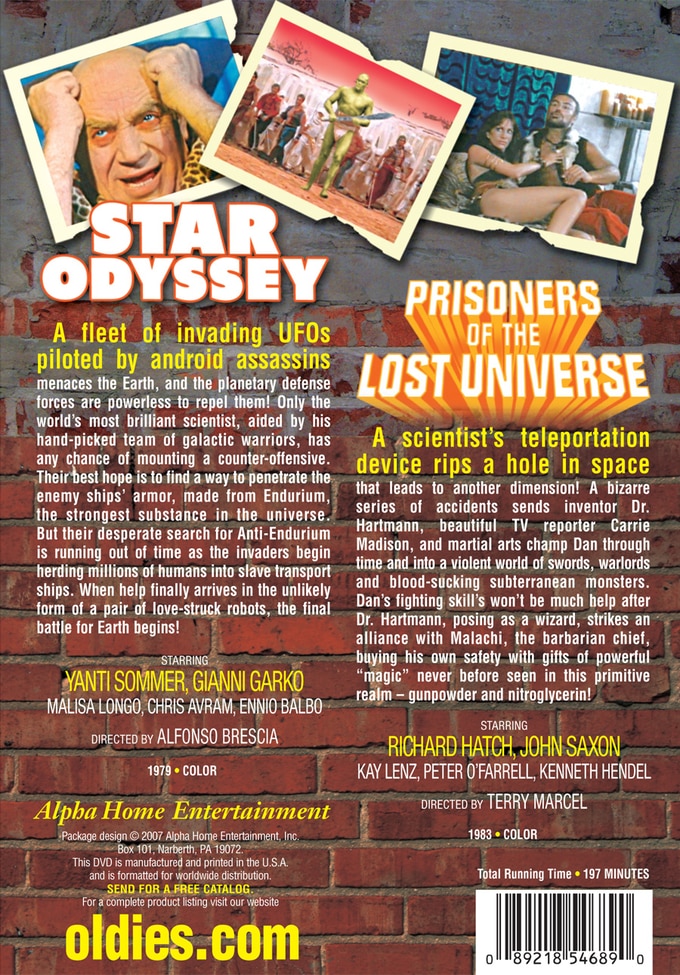 Star Odyssey (1979, Color): A fleet of invading UFOs piloted by android assassins menaces the Earth, and the planetary defense forces are powerless to repel them! Only the world's most brilliant scientist, aided by his hand-picked team of galactic warriors, has any chance of mounting a counter- offensive. Their best hope is to find a way to penetrate the enemy ships' armor, made from Endurium, the strongest substance in the universe. But their desperate search for Anti-Endurium is running out of time as the invaders begin herding millions of humans into slave transport ships. When help finally arrives in the unlikely form of a pair of love-struck robots, the final battle for Earth begins!

Prisoners of the Lost Universe (1983, Color): A scientist's teleportation device rips a hole in space that leads to another dimension! A bizarre series of accidents sends inventor Dr. Hartmann, beautiful TV reporter Carrie Madison, and martial arts champ Dan through time and into a violent world of swords, warlords and blood-sucking subterranean monsters. Dan's fighting skill's won't be much help after Dr. Hartmann, posing as a wizard, strikes an alliance with Malachi, the barbarian chief, buying his own safety with gifts of powerful "magic" never before seen in this primitive realm - gunpowder and nitroglycerin!

PRISONERS OF THE LOST UNIVERSE: Two terrified Earthlings are mistakenly transported to the eerie world of Vonya where they must find the hidden Dimensional Door, or perish in the attempt.

STAR ODYSSEY: An evil alien from another galaxy targets Earth and all its inhabitants for total destruction. The human race, however has other plans. They will stand up and fight this alien army at all costs. Their main sources of defense are two women, three men, and two newly built robots. Together they form an army built on intelligence, accuracy, and sheer brains. We can only hope that they have a chance.

Aliens | Science-Fiction | Thriller | Sci-Fi / Horror / Fantasy | Robots
This product is made-on-demand by the manufacturer using DVD-R recordable media. Almost all DVD players can play DVD-Rs (except for some older models made before 2000) - please consult your owner's manual for formats compatible with your player. These DVD-Rs may not play on all computers or DVD player/recorders. To address this, the manufacturer recommends viewing this product on a DVD player that does not have recording capability.

25%off
Grindhouse Double Shock Show - The Demon / Monster of Blood
$5.95 on Sale
Add to Cart

War Of The Robots
$8.70 Super Savings
Add to Cart