Voyage To The Prehistoric Planet

A spaceship is sent on a rescue mission to Venus where the crew has many strange encounters. Excellent special effects. 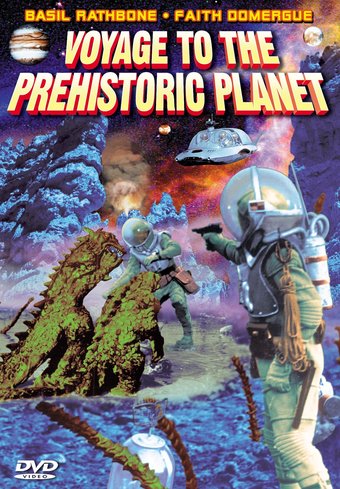 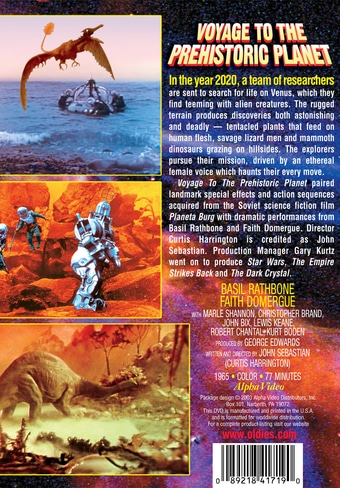 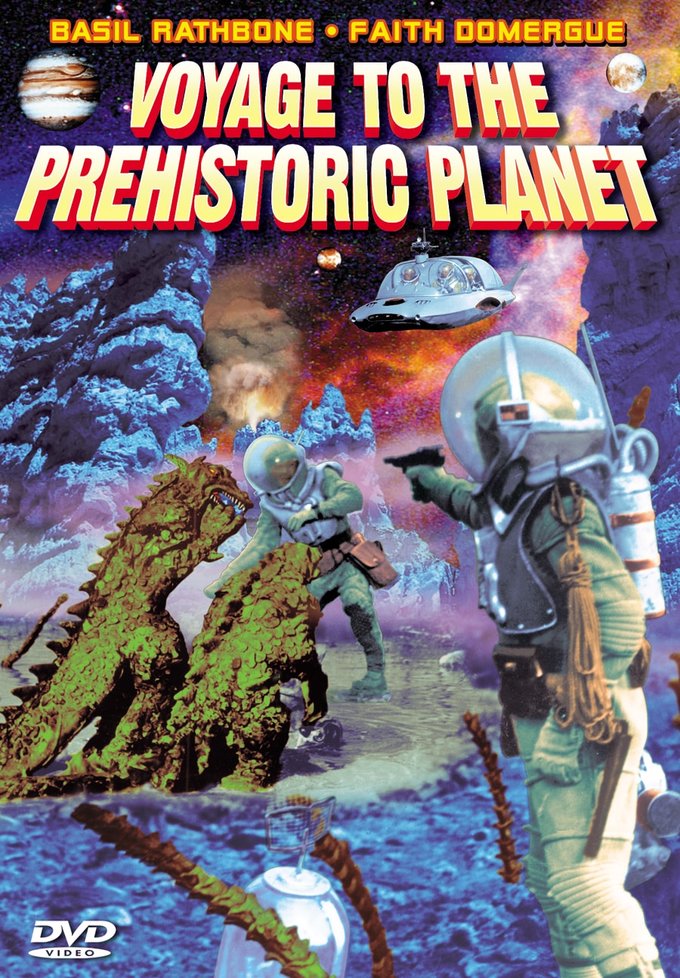 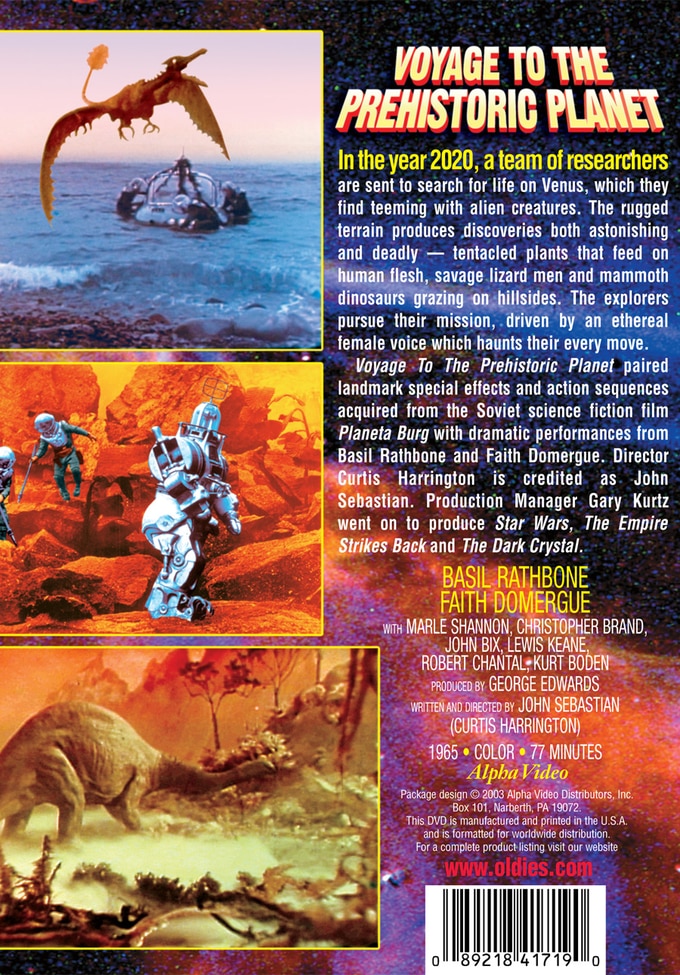 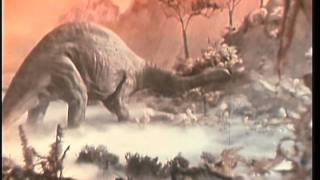 Voyage to the Prehistoric Planet Trailer

In the year 2020, a team of researchers are sent to search for life on Venus, which they find teeming with alien creatures. The rugged terrain produces discoveries both astonishing and deadly - tentacled plants that feed on human flesh, savage lizard men and mammoth dinosaurs grazing on hillsides. The explorers pursue their mission, driven by an ethereal female voice which haunts their every move.

Explorers are surprised to find that Venus is populated with prehistoric dinosaurs. Special effects scenes taken from the Russian science-fiction "Planeta Burg."

Prehistoric | Science-Fiction | Space Exploration | Dinosaurs | Theatrical Release
This product is made-on-demand by the manufacturer using DVD-R recordable media. Almost all DVD players can play DVD-Rs (except for some older models made before 2000) - please consult your owner's manual for formats compatible with your player. These DVD-Rs may not play on all computers or DVD player/recorders. To address this, the manufacturer recommends viewing this product on a DVD player that does not have recording capability.

16%off
First Spaceship on Venus
$8.40 Super Savings
Add to Cart

Customer Rating:
Based on 1966 ratings.


This movie is your classic "go to another planet and find monsters" film. No more, no less. Although the atmosphere was generally a little bleary and low-key for my tastes, I liked it. The alien monsters were savage and prehistoric, but didn't conform to traditional dinosaurs so much that they didn't look alien. The haunting music/voice could have been played up a little more, but maybe it's best that it was left with a tantalizingly mysterious ending.


This movie delivered what I expected of it, no more, no less. The monsters were decent in quantity and quality, the pterosaur sculpture intriguing, and the unearthly singing voice was quite interesting. I wish the plot had allowed for more exploration of that, and I wonder what part those things played in the original russian film.


Most of the scenes of this film are from a movie called Planeta Burr, a Russian film purchased by Roger Corman for a few rubles. The scenes with Basil are spliced in and the original Russian script re-written to make the action fit a new plot line. The original Russian version (which cannot be found anywhere) involves only two groups of Cosmonauts exploring Venus searching for Marza.
The same scenes are incorporated into "Voyage To The Planet of Prehistoric Women" wherein the name of Marza becomes the name of Earth based mission control.