Joan Crawford stars as the stylish leader of a gang of thieves, utilizing her brains and beauty to control and motivate her loyal hit man. 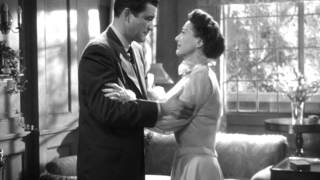 This Woman is Dangerous (Trailer)

This woman is tough. This woman is smart. This woman is Joan Crawford. This Woman Is Dangerous. Who else but Crawford could portray a criminal mastermind and a glamour gal? In this gritty melodrama, the silver-screen legend stars as Beth Austin, the brains behind a skilled robbery crew. She's also the inamorata of callous killer and fellow gang member Matt (David Brian) - until a medical emergency sends Beth to a hospital and into the arms of a handsome, compassionate doctor (Dennis Morgan). Can Beth leave the past behind? Not if Matt - armed and crazed with jealousy - can help it. He wants Beth back. And he wants the doctor dead.

Joan Crawford is appropriately cast as the title character in THIS WOMAN IS DANGEROUS. Crawford plays master criminal Beth Austin, the lady friend of dangerous gangster Matt Jackson (David Brian). After being caught in the crossfire of a robbery engineered by Jackson, Beth recuperates in a hospital, hoping to keep her past a secret from the authorities. But the FBI wants Beth to lead them to Jackson, and to that end, her doctor Ben Halleck (Dennis Morgan) is strong-armed into inaugurating a romance with his gorgeous patient. Eventually, of course, Ben and Beth fall genuinely in love, thereby incurring the terrible wrath of the vengeful Jackson. And to think that Joan Crawford endures all this without a hair out of place on her lovely head! TV's future "Captain Midnight" Richard Webb co-stars as a diligent FBI agent.

Romance | Detective | Crime | Gangsters | Gambling | Love | Criminals | Medical
This product is made-on-demand by the manufacturer using DVD-R recordable media. Almost all DVD players can play DVD-Rs (except for some older models made before 2000) - please consult your owner's manual for formats compatible with your player. These DVD-Rs may not play on all computers or DVD player/recorders. To address this, the manufacturer recommends viewing this product on a DVD player that does not have recording capability.

25%off
The Thirteenth Guest (aka Lady Beware)
$5.95 Spring Sale
Add to Cart