Dion The Road I'm On: A Retrospective (2-CD) 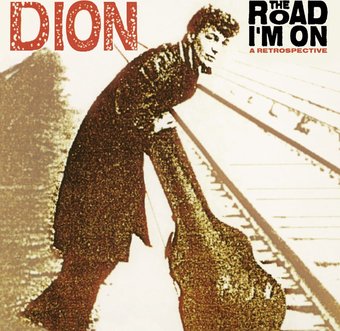 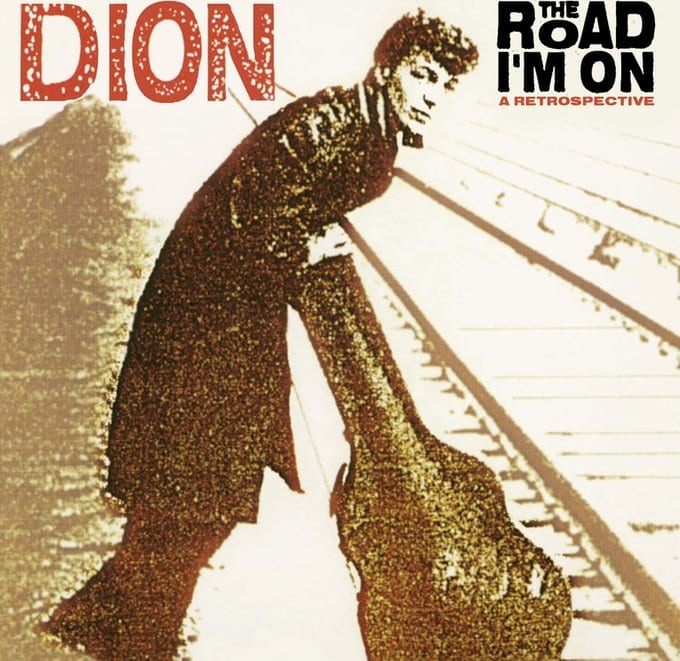 Dion is one of the most celebrated performers of the rock era and has been inducted into both the Rock & Roll and Grammy Halls of Fame. This 2 CD set features his classic mid-1960s recordings that move from the iconic pop hits to his foray into blues and folk. Includes Dion's hits "Ruby Baby" and "Drip Drop" as well as his unique covers of Bob Dylan's "It's All over Now," "Baby Blue," "I'm Your Hoochie Coochie Man" and "Donna The Prima Donna," sung in Italian.

Entertainment Weekly - 2/21-2/28/97, p.126
"...this revealing set finds the pride of the Bronx tackling blues, rock & roll, and folk with the same brio he brought to the earlier doo-wop classics he made with his vocal group, the Belmonts." - Rating: A-

THE ROAD I'M ON chronicles Dion's recordings for Columbia Records in the 1960s--after he left Laurie Records in 1962 and before he returned to Laurie in 1968.
Personnel includes: Dion DiMucci (vocals).
Producers: Robert Mersey, Tom Wilson, Scott Kempner, Frank Funaro, Dion DiMucci.
Compilation producer: Al Quaglieri.
Engineers include: Jim Ball.
Principally recorded between 1962 and 1968. Includes liner notes by David Hinckley and Mitchell Cohen.
Audio Mixer: Vic Anesini.
Liner Note Author: David Hinckley.
Photographer: Don Hunstein.
THE ROAD I'M ON fills in an intriguing missing chapter in music history--the years between Dion's last doo-wop hit in 1963 and his comeback with 1968's "Abraham, Martin And John." It's often assumed that the Wanderer turned his back on music in the interim. In fact, he was just trying out different kinds, including blues shuffles and folk ballads.
Disc 1 of THE ROAD I'M ON includes the expected doo-wop vocalizing, fingersnaps and handclaps of songs like "Donna The Prima Donna" and "Ruby Baby," along with hints of the radical direction in which Dion was heading. This path is dotted with a sophisticated pop arrangement of a Woody Guthrie song, "900 Miles," and a beautiful, Bob Dylanesque ballad, "The Road I'm On (Gloria)." Disc 2 consists largely of B-sides and previously-unreleased tracks, and shows off a fascinating musical wanderlust. Dion had great instincts for the music of the '60s, and he had a record label, Columbia, that didn't seem to know what to do with him. He could do a Byrdsy Dylan cover like "It's All Over Now, Baby Blue" as easily as a blues shuffle ("You Can't Judge A Book By The Cover") or a great pop song ("My Love"); the latter two, though, remained unreleased until this 1997 collection.


When Dion began his career, I was still in my single digits. (I was 9 when The Beatles hit Ed Sullivan to give some context here) Prior to this collection, I had about 6 of Dion’s early hits in my collection. When I came across this 2-CD set of 35 songs for $3.98, my shopper's eyes screeched to a halt. Hmmmm - let’s take a look at this - Dion? Run Around Sue? The Wanderer? Not my favorite songs, but the fun of shopping for low-priced music is being able to experiment and experience some different music for a few bucks here and there. And I'm glad I did!

This is not a collection of a bunch of third-rate, obscure tunes thrown together by a record label just to cash in. This is a thoughtfully put-together collection of work that Dion seemed to magically do "between hits". I'll bet that I could play at least five different tunes to most people and they wouldn't realize who it was - much less that it was the same person - and that person was Dion. I listened to all 35 tunes in a row without getting burned out by the same voice, style and musicians. I have new and great respect for Dion as a musician. Quite a voice and quite a musician.

If you think of Dion as simply Dion and The Belmonts, or even the Dion that recorded Abraham, Martin and John, in 1968 think again. This man is all over the map with song styles and vocals. This collection will not collect dust for quite some time in my collection. I highly recommend grabbing this while it's available.