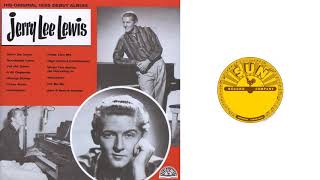 Lewis' electrifying showmanship and amazing singing are showcased on these two original releases collected together on one CD.

2 LPs on 1 CD: MONSTERS (1971)/ROOTS.
MONSTERS originally released on Sun (124). ROOTS originally released on Sun (145). Includes liner notes by Mark Marymont.
Liner Note Author: Mark Marymont.
Along with Johnny Cash, Carl Perkins, and Elvis Presley, Jerry Lee Lewis pioneered the rock & roll sound of the '50s with his early recordings for Sun Records. Reissue specialist Collectables has paired two original Sun packages on this single disc. Lewis's frenzied piano style, equal parts barrelhouse and Little Richard, merged blues, country, and an unidentified third party to create a wholly unique and original style that we've come to know as rock & roll.
On MONSTERS, Jerry Lee takes on tunes by some of the rock & roll greats who aided him in the birth of rockabilly. Gene Vincent's "Be Bop a Lula" and Carl Perkins' "Matchbox" may be forever associated with their authors, but the Killer puts an undeniably authoritative spin on them. With the ROOTS album, Jerry Lee looks back to some of his other inspirations, covering tunes that had a strong effect on him, like "When My Blue Moon Turns to Gold Again" and "Love Made a Fool of Me." Here too, the tunes are delivered in Lewis's inimitable trademark style, and rendered wholly fresh.