An innocent girl gets suckered into a romantic relationship with a hardened criminal. A gritty true-to-life regional film noir classic. 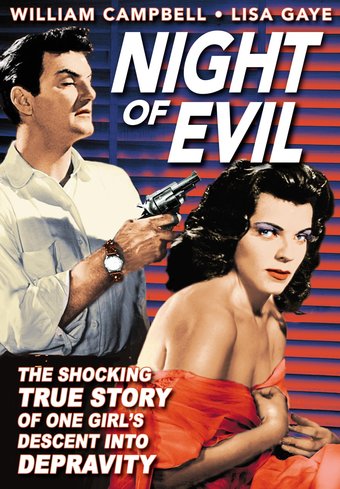 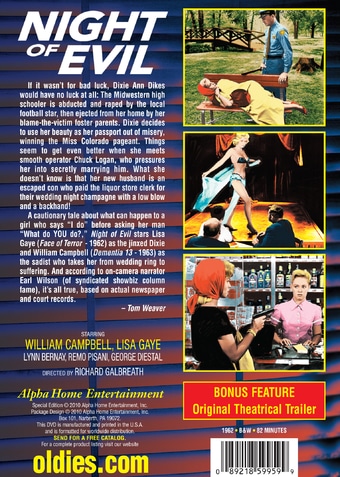 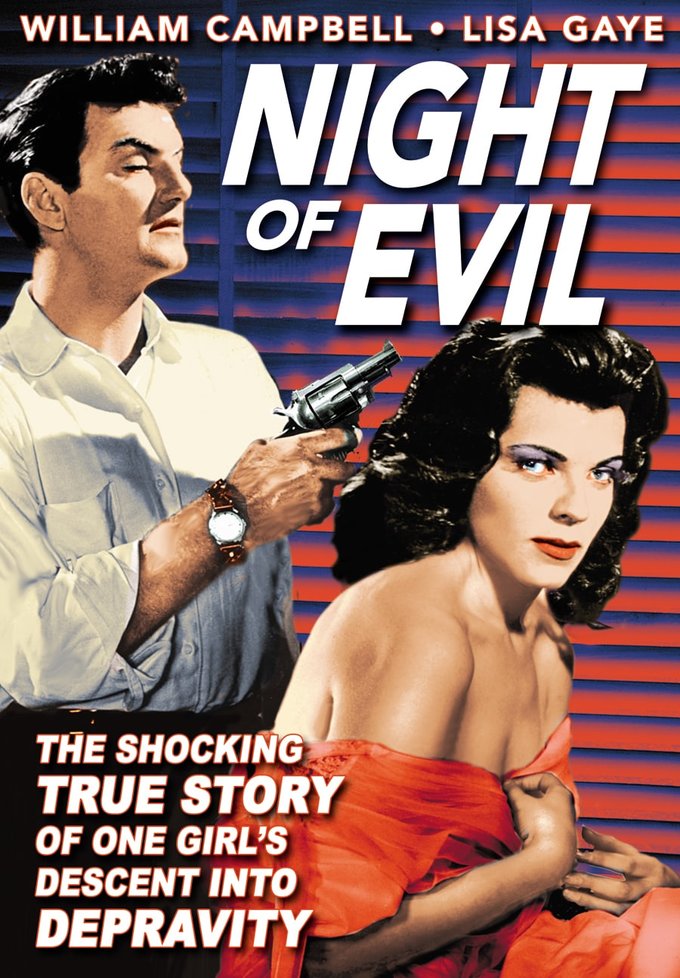 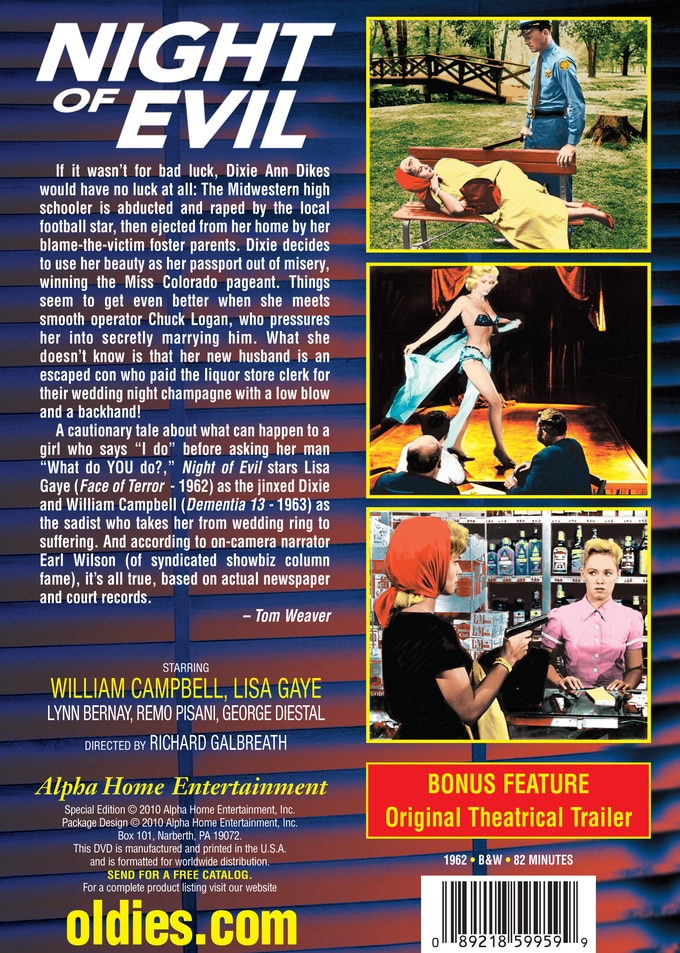 If it wasn't for bad luck, Dixie Ann Dikes would have no luck at all: The Midwestern high schooler is abducted and raped by the local football star, then ejected from her home by her blame-the-victim foster parents. Dixie decides to use her beauty as her passport out of misery, winning the Miss Colorado pageant. Things seem to get even better when she meets smooth operator Chuck Logan, who pressures her into secretly marrying him. What she doesn't know is that her new husband is an escaped con who paid the liquor store clerk for their wedding night champagne with a low blow and a backhand!

A cautionary tale about what can happen to a girl who says "I do" before asking her man "What do YOU do?," Night of Evil stars Lisa Gaye (Face of Terror - 1962) as the jinxed Dixie and William Campbell (Dementia 13 - 1963) as the sadist who takes her from wedding ring to suffering. And according to on-camera narrator Earl Wilson (of syndicated showbiz column fame), it's all true, based on actual newspaper and court records. - Tom Weaver

After being raped, a high school cheerleader marries a low-life, becomes a stripper, and turns to a life of crime. Based on a true story.