There's more than one way to lose your life to a killer. 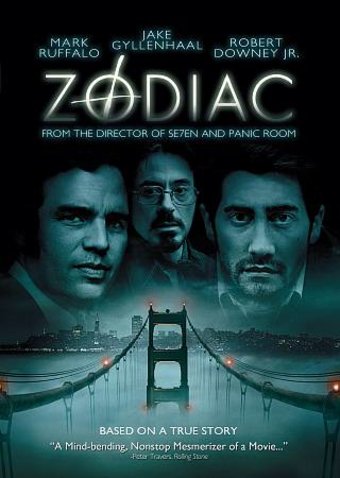 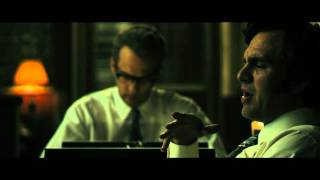 David Fincher's (FIGHT CLUB, SE7EN) adaptation of the Robert Graysmith book masterfully transports viewers to the Bay Area in the 1960s and '70s by drawing on actual case files from the notoriously unsolved Zodiac killer mystery. As a murderer with seemingly random targets starts sending terrifying threats and cryptic codes to police and publishers all around San Francisco, fear and paranoia descend on the city. Through slow pacing, Fincher creates an effectively chilling atmosphere in which he spins a thick web of character-driven plotlines. Early scenes depicting the Zodiac's first-known murders vividly capture the victim's fear and agony and will leave viewers haunted. When the Zodiac's ciphers arrive at the San Francisco Chronicle, they spark the interest of Graysmith (Jake Gyllenhaal), a young cartoonist with a penchant for puzzles. As the former Boy Scout earnestly tries to decode the messages, eccentric reporter Paul Avery approaches the case from a career-boosting angle. Meanwhile, a string of investigators from four jurisdictions carry on a complex and unsatisfying search for the elusive killer. Inspectors Dave Toschi (Mark Ruffalo) and Bill Armstrong (Anthony Edwards) at times collide with Avery and Graysmith, whose interest in the case extends long after most have given up.

Even at two-and-a-half hours in length, this dense murder mystery should manage to keep its audience riveted throughout. Paired with stellar performances from Ruffalo, Downey, Gyllenhaal, and countless others, a clever script produces well-developed characters, and the film's art direction, music, and costumes all combine to create an authentic sense of time and place. The somber tone of the atmospheric thriller gives the film a documentary-like aesthetic at times, lending weight to the story's facts while never relying on cheap tricks. Unlike murder mysteries such as THE BLACK DAHLIA, ZODIAC invites viewers to develop theories of their own, allowing them to come to their own conclusions.

The Girl with the Dragon Tattoo
$8.70 Super Savings
Add to Cart

Enemy of the State (DVD)
$6 Super Savings
Add to Cart