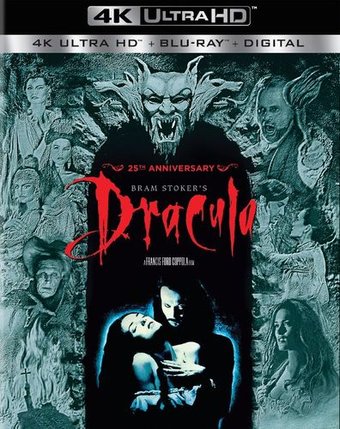 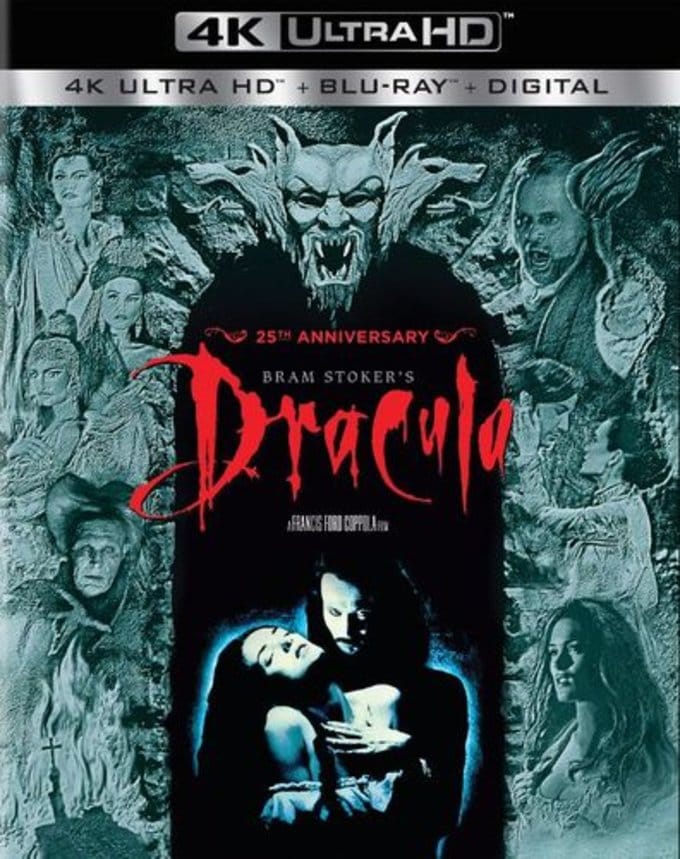 After Dracula attacks Mina's friend Lucy (Sadie Frost), Dr. Jack Seward (Richard E. Grant) calls in the legendary Professor Van Helsing (Anthony Hopkins) to cure Lucy's "disease of the blood." Jonathan escapes from the castle and he and Mina are married while Lucy dies and is resurrected as a vampire. When Dracula appears to Mina in her sleep, she declares her undying love for him. Professor Van Helsing, Jack Seward, and Lucy's fiancé, Arthur Holmwood (Cary Elwes), join Jonathan and travel to Transylvania to destroy Dracula, but Mina tries to save her tortured lover.

Musician Tom Waits appears in the film as Renfield, a Victorian lunatic singing the praises of Dracula. Ornate costume design and lighting awash in shades of blood make this film a seductive and scary must-see.
In his version of the oft-told tale, Francis Ford Coppola takes Bram Stoker's archetypical horror story and accentuates the romantic angle. Blood still flows in large amounts, and Coppola opted to do all the eye-pleasing visual effects in-camera, utilizing shadow puppets, smoke, miniatures, and other time-honored tricks of the trade--creating a visual style not unlike that of a storybook come to life.

Vlad the Impaler (Gary Oldman), a count and fierce warrior, goes off to fight in the Crusades. Falsely hearing of his death, his beloved wife Elisabeta kills herself. Upon returning home and finding her, Vlad renounces God and becomes Count Dracula, embracing Satan in exchange for immortality. Flash forward to 1897 London. Jonathan Harker (Keanu Reeves) leaves fiancée Mina (Winona Ryder) and journeys to Transylvania to meet Count Dracula (Gary Oldman) to complete a real estate transaction. After seeing a photo of Mina, whom he believes to be his wife reincarnated, Dracula keeps Jonathan as a prisoner in his castle while he travels to London to meet his long lost love.