Interview with the Vampire (Blu-ray) R

Drink from me and live forever 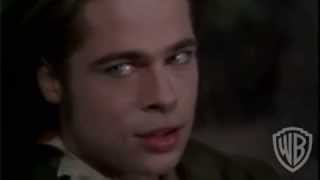 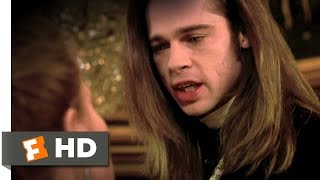 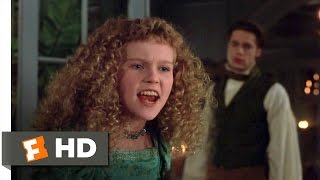 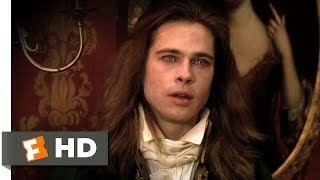 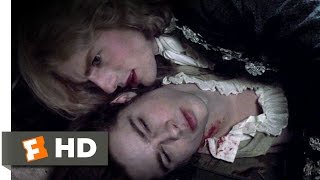 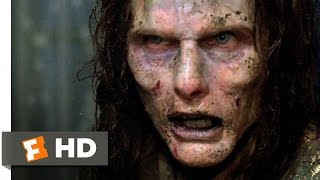 Back from the Dead (Clip)

"Drink from me and live forever."
- Lestat (Tom Cruise) to Louis (Brad Pitt)
"God kills indiscriminately, and so shall we, for no creatures under God are as like him as we are."
- Lestat
"We belong in hell."
- Louis to Lestat

Horror author Anne Rice penned the screenplay for this full-blooded adaptation of her novel, which chronicles the life of 18th-century nobleman Louis (Brad Pitt) after he is bitten by powerful, charismatic vampire Lestat (Tom Cruise). Though enthralled with the undead lifestyle at first, Louis is unable to warm up to killing humans and grows despondent. To comfort Louis, Lestat creates another vampire (Kirsten Dunst in a star-making peformance), a young girl who from then on cannot age. Antonio Banderas appears as Armand, a 400-year-old vampire, and Christian Slater plays the radio producer who interviews the remorseful Louis.

The undead are among us and livelier than ever when Tom Cruise, Brad Pitt and a talented group of young-bloods star in Interview with the Vampire, the spellbinding screen adaptation of Anne Rice's best seller that's "one the best films of the year" (Caryn James, The New York Times). Award-winning box-office favorite Cruise stylishly plays the supremely evil and charismatic vampire Lestat. Pitt is Louis, lured by Lestat into the immortality of the damned, then tormented by an unalterable fact of vampire life: to survive, he must kill. Stephen Rea, Antonio Banderas, Christian Slater and newcomer Kirsten Dunst also star. One lifetime alone offers plenty of opportunities for the savage revelries of the night. Imagine what an eternity can bring. Hypnotically directed by Neil Jordan (The Crying Game), Interview with the Vampire offers enough thrills, shocks and fiendish fun to last a lifetime...and beyond.

Neil Jordan's INTERVIEW WITH THE VAMPIRE traces the centuries-long relationship between the regal vampire, Lestat, and his immortal victim, Louis, through a contemporary interview between Louis and a San Francisco journalist.