Nosferatu… he who is doomed to wander alone in darkness 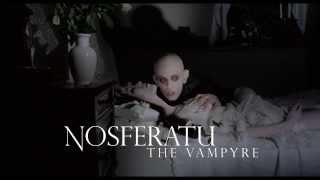 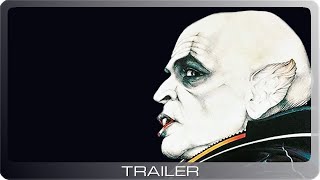 Approaching the legendary German classic 1922 film NOSFERATU: EIN SYMPHONIE DES GRAUENS by F.W. Murnau with his own unique sensibilities, Werner Herzog establishes a link between himself and the classic days of German cinema and in the process crafts a lush adaptation as well as a classic in its own right. Stark, symbolic cinematography and intensely stylized performances create what Herzog refers to as a different plane of reality, injecting the age-old tale of Count Dracula with a modern sense of mysticism, desire, and wonder.

Frequent Herzog collaborator Klaus Kinski portrays the Dracula character with a silent intensity, tingeing the vampire's inhuman monstrosity with a deep sense of pathos and longing. Completing a stellar international cast are Bruno Ganz (a regular in the films of Wim Wenders) and French film star Isabelle Adjani, both giving subtle yet compelling performances as the formerly happy couple who fall prey to Dracula's lust for life and love. From the opening image of rows of openmouthed mummies and the repeated motif of a bat in slow-motion flight to beautiful scenic shots of European mountains and beaches, NOSFERATU is a visually stunning film, presenting visual tableaus taken directly from the original as well as those of Herzog's invention. The extreme stylization of the film recalls Herzog's similarly hypnotic and haunting film HEART OF GLASS--creating a wholly original film, that despite its differences maintains a strict and loving faithfulness to the original.

A lush adaptation of Murnau's silent 1922 classic is a classic in its own right. Stark photography and minimalist dialogue pay homage to the original while presenting the story of Count Dracula's obsession with a beautiful woman. Spurning the "Creature Feature"-approach of many directors before him, Herzog paints a sympathetic portrait of a damned soul whose sheer hideousness precludes any sort of personal contact.