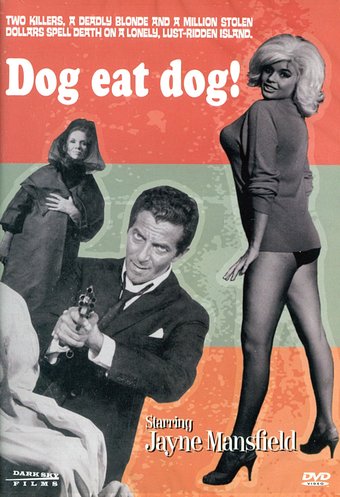 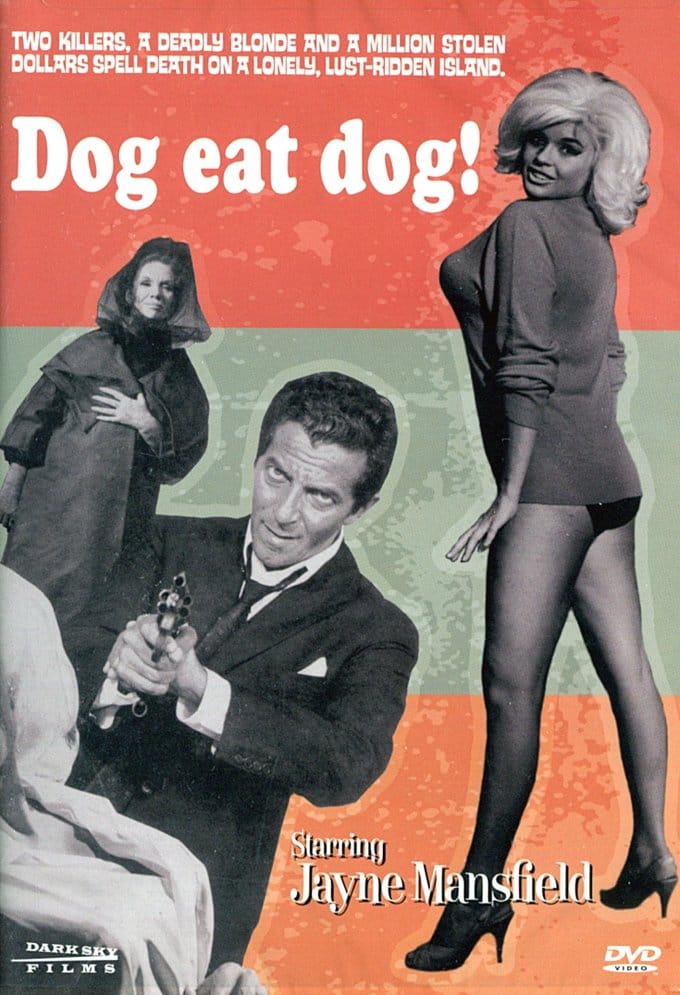 Jayne Mansfield stars in this trashy-hip tale of cat-and-mouse intrigue set on the intoxicating shores of the Mediterranean. Dog Eat Dog casts Mansfield, Cameron Mitchell, and Ivor Salter as a band of thieves who embezzle $1 million in cash from the U.S. Treasury and escape to a not-so-deserted island. With hair-pulling catfights, blonde bombshells, overripe dialogue, and a classy cast of European thespians, Dog Eat Dog is a sexy cult classic.

A film about money-hungry hudlums who pilfer $1,000,000, exploit each other and stab each other in the back while each tries to get the loot for himself. Some film historians have suggested that producer Albert Zugsmith and director Ray Nazarro actually made this film, though Gustav Gavrin is credited with directing. Filmed in Italy, Germany and the United States.

70%off
Pterodactyl Woman From Beverly Hills (DVD)
$5.98 on Sale
Add to Cart