A gang of organized teenage car strippers evade the police as they terrorize the countryside. 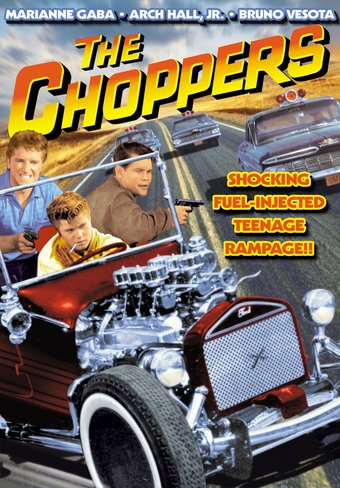 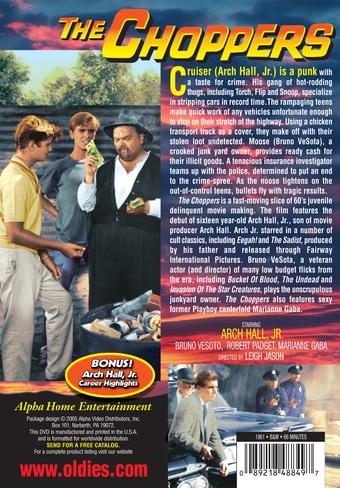 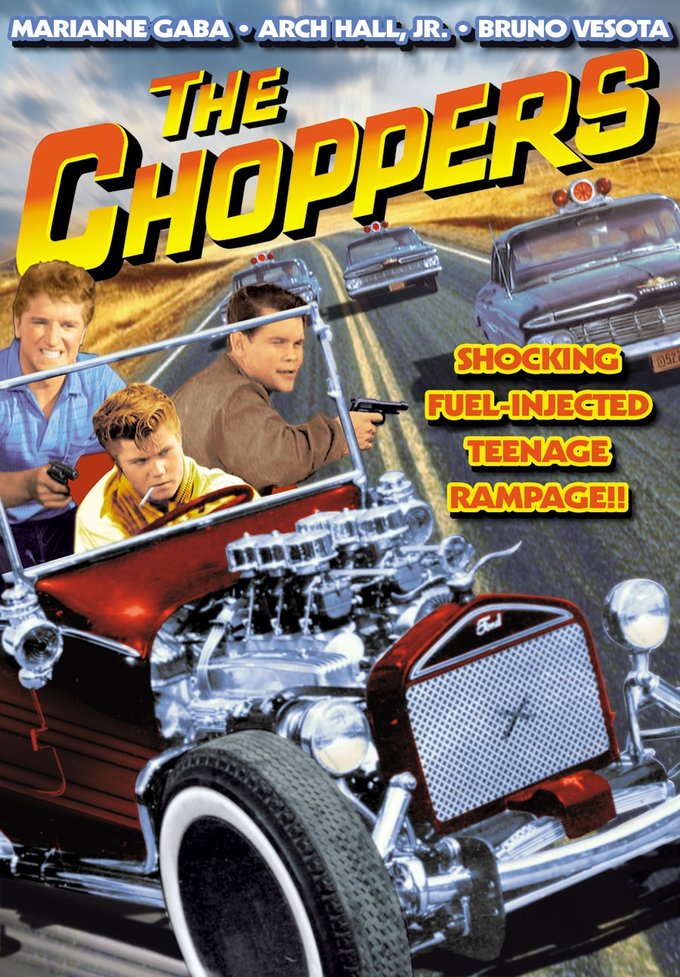 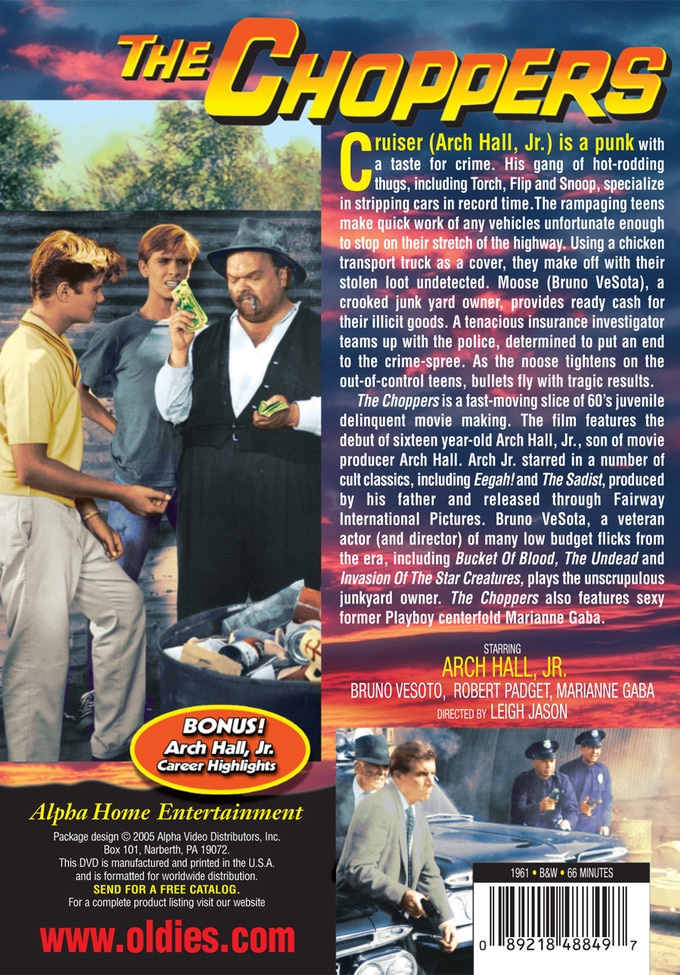 Cruiser (Arch Hall, Jr.) is a punk with a taste for crime. His gang of hot-rodding thugs, including Torch, Flip and Snoop, specialize in stripping cars in record time.The rampaging teens make quick work of any vehicles unfortunate enough to stop on their stretch of the highway. Using a chicken transport truck as a cover, they make off with their stolen loot undetected. Moose (Bruno VeSota), a crooked junk yard owner, provides ready cash for their illicit goods. A tenacious insurance investigator teams up with the police, determined to put an end to the crime-spree. As the noose tightens on the out-of-control teens, bullets fly with tragic results.

The Choppers is a fast-moving slice of 60's juvenile delinquent movie making. The film features the debut of sixteen year-old Arch Hall, Jr., son of movie producer Arch Hall. Arch Jr. starred in a number of cult classics, including Eegah! and The Sadist, produced by his father and released through Fairway International Pictures. Bruno VeSota, a veteran actor (and director) of many low budget flicks from the era, including Bucket Of Blood, The Undead and Invasion Of The Star Creatures, plays the unscrupulous junkyard owner. The Choppers also features sexy former Playboy centerfold Marianne Gaba.

Thieves | Teenage | Exploitation | Road To Ruin
This product is made-on-demand by the manufacturer using DVD-R recordable media. Almost all DVD players can play DVD-Rs (except for some older models made before 2000) - please consult your owner's manual for formats compatible with your player. These DVD-Rs may not play on all computers or DVD player/recorders. To address this, the manufacturer recommends viewing this product on a DVD player that does not have recording capability.