The Fast and the Furious

An escaped convict kidnaps a beautiful woman and makes his way across the country in this early Roger Corman writing and producing effort. 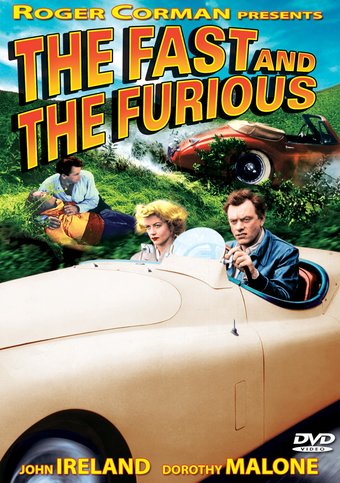 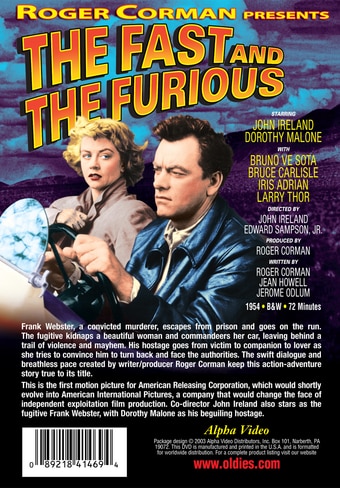 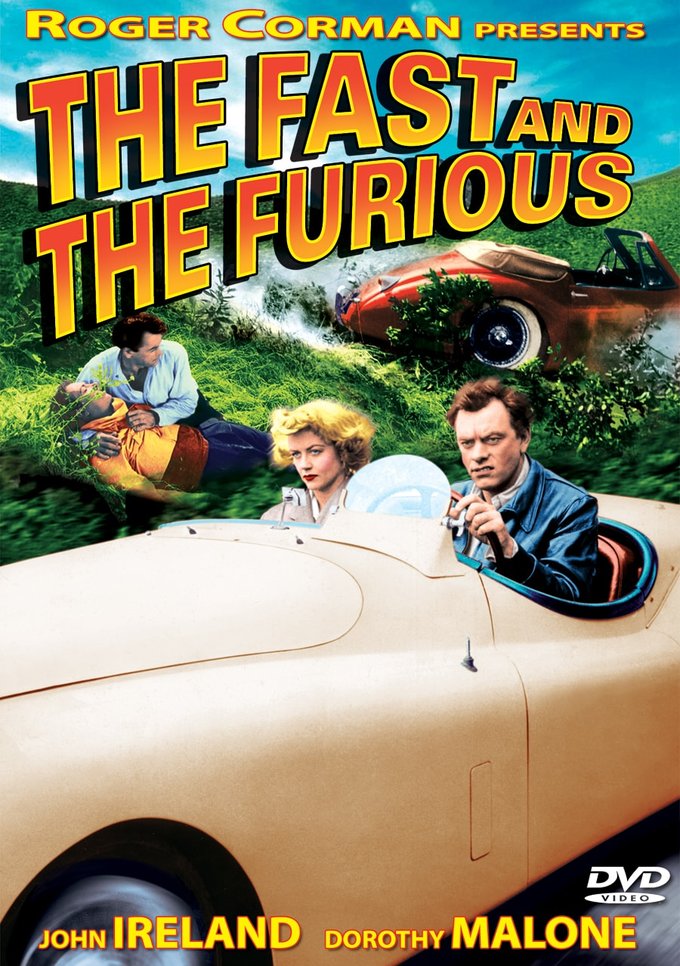 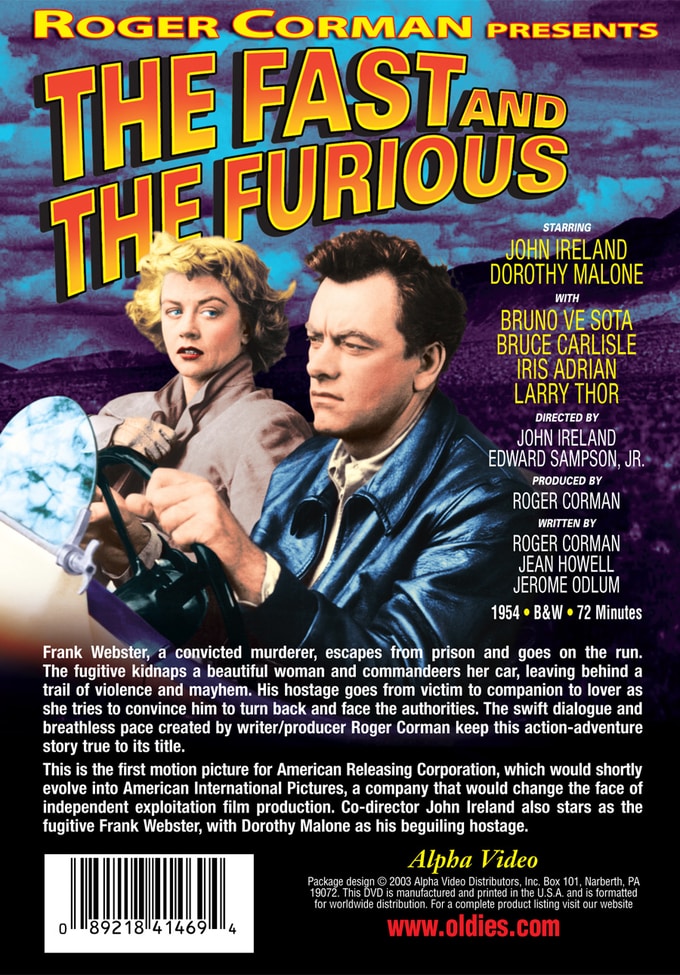 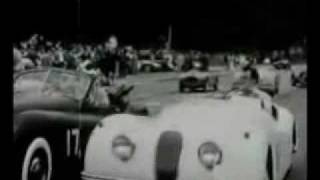 TRAILER:: The Fast and the Furious 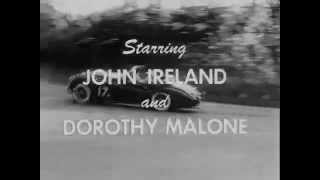 Frank Webster, a convicted murderer, escapes from prison and goes on the run. The fugitive kidnaps a beautiful woman and commandeers her car, leaving behind a trail of violence and mayhem. His hostage goes from victim to companion to lover as she tries to convince him to turn back and face the authorities. The swift dialogue and breathless pace created by writer/producer Roger Corman keep this action-adventure story true to its title. This is the first motion picture for American Releasing Corporation, which would shortly evolve into American International Pictures, a company that would change the face of independent exploitation film production. Co-director John Ireland also stars as the fugitive Frank Webster, with Dorothy Malone as his beguiling hostage.

John Ireland plays a fugitive running from a murder charge, hijacking Malone's Jaguar to elude the cops. This was the first film released by the American Releasing Corporation, which soon became the notorious AIP (American International Pictures).

On-The-Run | Murder | Outlaws | Film Noir
This product is made-on-demand by the manufacturer using DVD-R recordable media. Almost all DVD players can play DVD-Rs (except for some older models made before 2000) - please consult your owner's manual for formats compatible with your player. These DVD-Rs may not play on all computers or DVD player/recorders. To address this, the manufacturer recommends viewing this product on a DVD player that does not have recording capability.

Customer Rating:
Based on 2751 ratings.


I can't understand the performance turned in by John Ireland. In some scenese he seems to be right into the part but in others his acting is as wooden as a butcher's block. Otherwise, it's not a bad film. Dorothy Malone is sexy and attractive and the race scenes are good (if a bit repitious).


John Ireland stars as a man wrongly accused of murder in this exciting Roger Corman-produced film. Dorothy Malone looks sexy as always, and plays it quite well off of Ireland. The print is better than most for this movie. Alpha has again done a very good job with the print and the box art, which is always a plus. Thanks Alpha.