Lum & Abner So This Is Washington

Two folksy hillbillies think they've discovered a formula for synthetic rubber and travel to Washington to help the war effort. 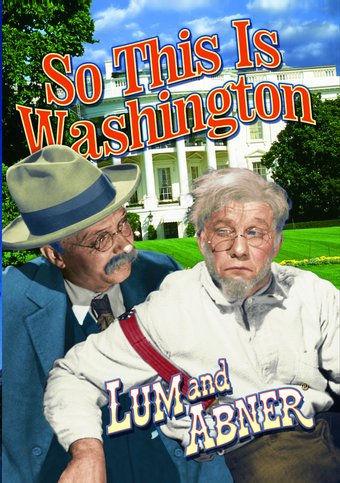 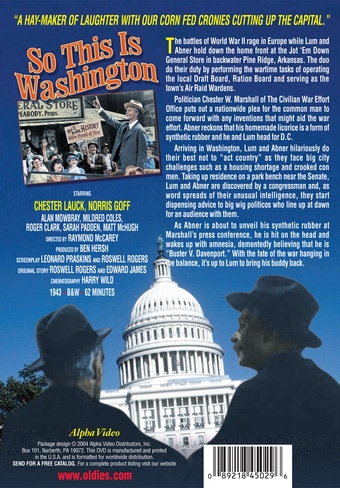 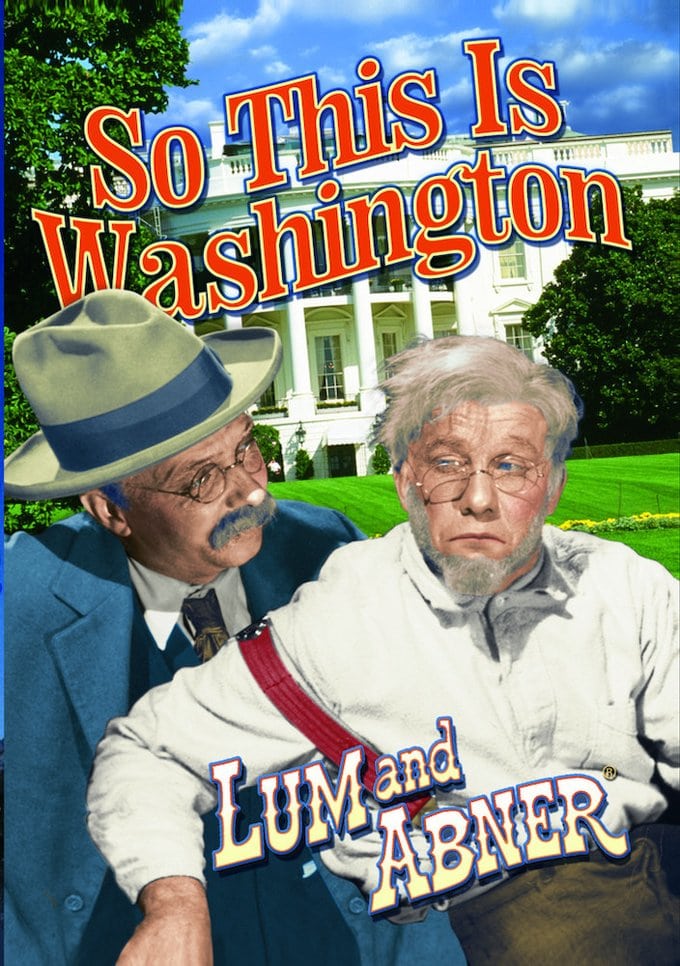 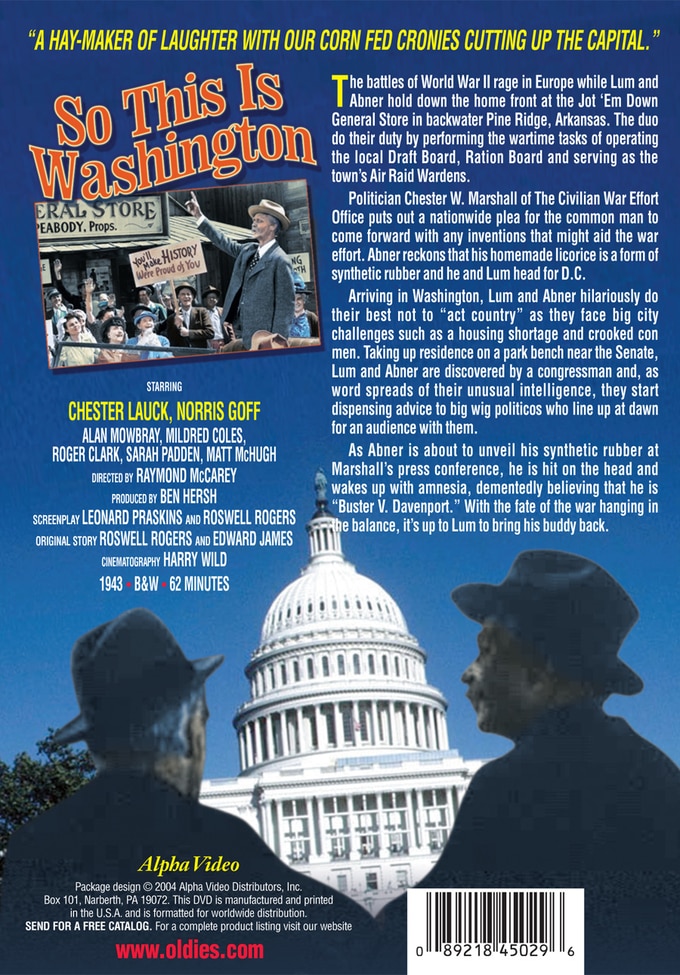 The battles of World War II rage in Europe while Lum and Abner hold down the home front at the Jot 'Em Down General Store in backwater Pine Ridge, Arkansas. The duo do their duty by performing the wartime tasks of operating the local Draft Board, Ration Board and serving as the town's Air Raid Wardens. Politician Chester W. Marshall of The Civilian War Effort Office puts out a nationwide plea for the common man to come forward with any inventions that might aid the war effort. Abner reckons that his homemade licorice is a form of synthetic rubber and he and Lum head for D.C. Arriving in Washington, Lum and Abner hilariously do their best not to "act country" as they face big city challenges such as a housing shortage and crooked con men. Taking up residence on a park bench near the Senate, Lum and Abner are discovered by a congressman and, as word spreads of their unusual intelligence, they start dispensing advice to big wig politicos who line up at dawn for an audience with them. As Abner is about to unveil his synthetic rubber at Marshall's press conference, he is hit on the head and wakes up with amnesia, dementedly believing that he is "Buster V. Davenport." With the fate of the war hanging in the balance, it's up to Lum to bring his buddy back.

Lum and Abner take their zany inventions to Washington to help with the war effort.

Buddies | World War II
This product is made-on-demand by the manufacturer using DVD-R recordable media. Almost all DVD players can play DVD-Rs (except for some older models made before 2000) - please consult your owner's manual for formats compatible with your player. These DVD-Rs may not play on all computers or DVD player/recorders. To address this, the manufacturer recommends viewing this product on a DVD player that does not have recording capability.