Two backwood hillbillies become amateur detectives in their quest for a killer. 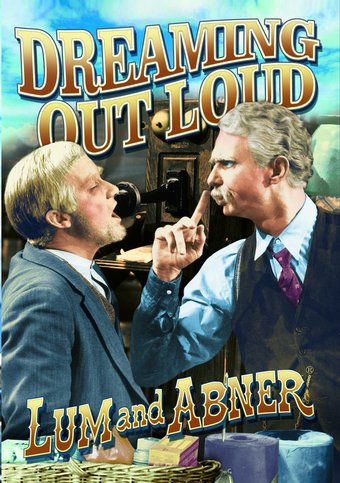 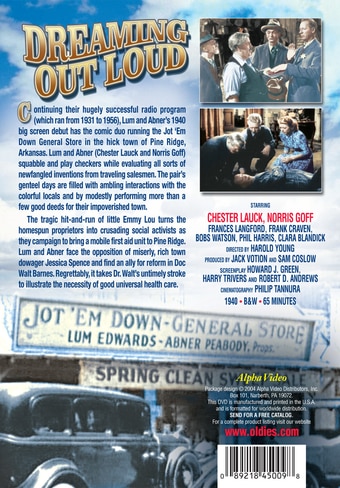 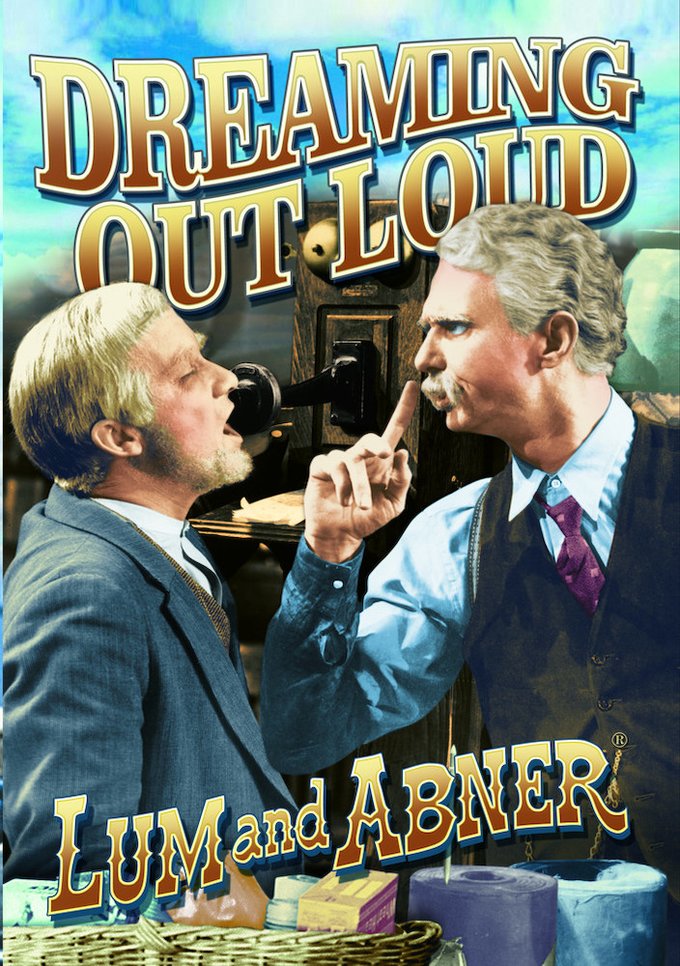 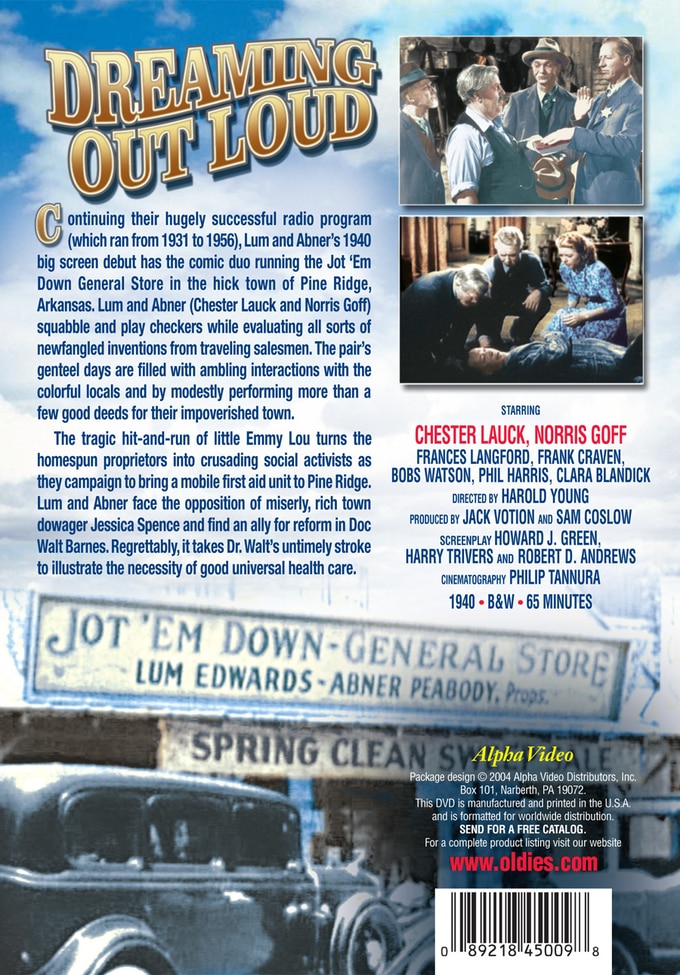 Continuing their hugely successful radio program (which ran from 1931 to 1956), Lum and Abner's 1940 big screen debut has the comic duo running the Jot 'Em Down General Store in the hick town of Pine Ridge, Arkansas. Lum and Abner (Chester Lauck and Norris Goff) squabble and play checkers while evaluating all sorts of newfangled inventions from traveling salesmen. The pair's genteel days are filled with ambling interactions with the colorful locals and by modestly performing more than a few good deeds for their impoverished town. The tragic hit-and-run of little Emmy Lou turns the homespun proprietors into crusading social activists as they campaign to bring a mobile first aid unit to Pine Ridge. Lum and Abner face the opposition of miserly, rich town dowager Jessica Spence and find an ally for reform in Doc Walt Barnes. Regrettably, it takes Dr. Walt's untimely stroke to illustrate the necessity of good universal health care.

Popular radio characters Lum and Abner pull off a number of capers to bring progress to the town of Pine Ridge in their big screen debut.

Buddies | Vintage | Marriage | Love | Comedy Teams | Money
This product is made-on-demand by the manufacturer using DVD-R recordable media. Almost all DVD players can play DVD-Rs (except for some older models made before 2000) - please consult your owner's manual for formats compatible with your player. These DVD-Rs may not play on all computers or DVD player/recorders. To address this, the manufacturer recommends viewing this product on a DVD player that does not have recording capability.

Customer Rating:
Based on 124 ratings.


Lum & Abner (Chester Lauck and Norris Goff) were a popular radio team for 25 years beginning in 1931, and they moved to the big screen in 1940 for DREAMING OUT LOUD, which was popular enough to lead to half a dozen sequels (the last, a belated fare-thee-well, was produced in 1956). It is one heck of a strange film, part backwoods comedy, part heart-tugging drama; it's as if a soap opera broke out in the cornfields of HEE-HAW.

Proprietors of the Jot 'em Down General Store in Pine Ridge, Arksansas, Lum Edwards and Abner Peabody have a nice perch with which to comment on the goings-on in town (what goings-on there are, if any) and get involved in as Mary Worth-type helpers to young lovers, kids with dark secrets, the town drunk, and anybody else stumbling through. (Note that Lauck and Goff were in their mid-30s when this film was produced, but were made up to appear 30 to 50 years older).

The first third of the picture is pure corn, as our heroes discuss changing the signs in front of the store (one says "Fall Clearance Sale", the other says "Spring Sweep Sale", and they finally decide to leave 'em both up in case?n they ever decide to have another one of either). There's a shiftless gentleman who sleeps by the stove all day; Abner explains that he has been tryin? ter get a position as steamboat captain on a riverboat. "There ain't no river near here," Lum retorts. "He'll wait," Abner responds. Perhaps the funniest scene has the two of them playing checkers; when Lum quits, Abner decides to go right on playing checkers by his lonesome, only he gets in a big argument when he accuses himself of cheating.

From this urbane, witty photoplay we slip right into the crisis, when the spunky young daughter of the town's drunk becomes the victim of a hit-and-run driver. The drunk sobers up and becomes the town's assistant constable, and Lum and Abner help him look for the man who hit his daughter. They also assist the town doctor who's had a stroke, advise the doctor's son in his romance with the town's beautiful young postmistress, and try and talk the town's mean old rich lady into donating some much-needed medical supplies. I was sitting there thinking, "Gosh, if only somebody would burst out into song, this movie would be perfect." Within seconds, Frances Langford (the aforementioned postmistress) begins warbling "Dreaming Out Loud", thereby giving the film its title.

On the Alpha DVD, DREAMING's print and transfer are okay, a bit jumpy and seeming to be missing a little footage, but quite acceptable if you're really in the mood for a Lum and Abner festival.