Get email alerts for Bee Gees
Currently Out of Stock: We'll get more as soon as possible
Notify Me When Available
Add to Wishlist
Format:  CD  (2 Discs)
item number:  6E4C6
91% recommend us! 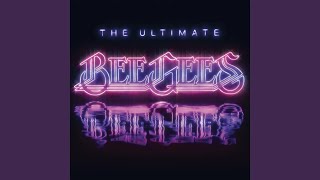 You Should Be Dancing (Music Video)

Audio Remasterer: Daniel Hersch.
Liner Note Author: Tim Rice.
Functioning as something of a replacement for the 2001 collection Their Greatest Hits: The Record, The Ultimate Bee Gees covers much of the same ground as that double-disc set, albeit in not quite so linear a fashion. The Record marched through its 40 tracks chronologically, opening with the stately baroque Beatlesque pop of the '60s and then winding through the '70s, whereas this opens with the bright, fabulous blast of "You Should Be Dancing" and remains in their late-'70s heyday for a while before fast-forwarding to such latter-day adult contemporary hits as "One." We don't get to "I've Gotta Get a Message to You" and "I Started a Joke" until halfway through the second disc, and this jumbled, almost haphazard sequencing is a little disconcerting since it appears to follow no true rhyme or reason. Nevertheless, scattershot is still plenty entertaining when the music is as good as this, and this does have all the Bee Gees' big hits, plus live versions of songs they gave to others, so it's a good, swift way to get all this stuff at once -- at least for those who don't already have The Record or some other Bee Gees hits collection. ~ Stephen Thomas Erlewine

Tommy James & The Shondells
The Essentials (CD)
$6.98 on Sale
Add to Cart