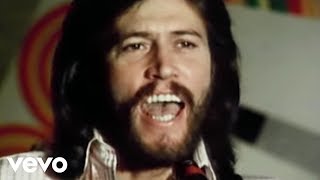 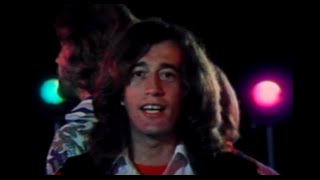 Photographer: Randee St. Nicholas.
Most bands are lucky to get a single hit, much less a couple songs people will remember. The bands that do have a run of charting songs usually fade away after making a splash, never to be heard from again except on nostalgia tours and cruises. The Bee Gees were impressive enough to have two amazing stretches when they not only topped the charts, but helped define the music of the era. Timeless: The All-Time Greatest Hits collects the cream of the crop from both their late-'60s/early-'70s baroque pop and brilliant mid-'70s funk and disco-pop periods. Starting with their early hit from 1966, "Spicks and Specks," then ending with 1987's "You Win Again," the collection gives definitive proof that the brothers Gibb were geniuses at both songwriting and making records. The baroque pop sounds were lush and moving, equally melodramatic ("New York Mining Disaster 1941"), painfully romantic ("To Love Somebody"), and emotionally devastating ("I Started a Joke"). The shift to the dancefloor and bedroom meant that the songs were lighter and slicker, with Barry's sleek falsetto taking the lead on most of their hits. All the biggies are here from the Saturday Night Fever soundtrack, plus proto-disco jams like "Nights on Broadway," "Jive Talkin'," and one of their slightly under-the-radar classics, "Fanny (Be Tender with My Love)." No pop band of the past 50 years had a more impressive chart run -- both commercially and artistically -- than the Bee Gees, and Timeless does a fine job laying out the facts and not muddying the waters with rarities. It's just the hits, one brilliant track after another. There are other Bee Gees collections that dive more deeply into their career, but as far as single-disc sets go, you can't do better than this. ~ Tim Sendra

62%off
The Five Satins
Five Satins Sing Their Greatest Hits
$4.98 on Sale
Add to Cart