William Wellman directs this Western tale of a wagon train of women. 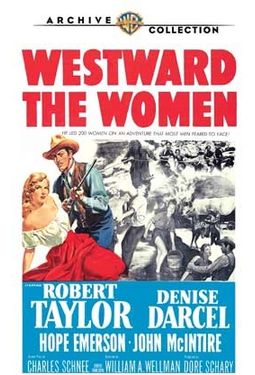 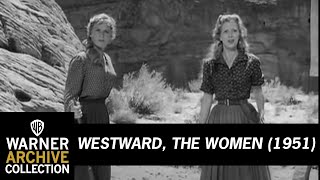 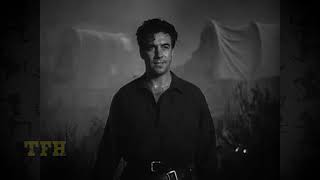 They are rugged pioneers, Indian fighters and brave trailblazers who tame the wild west. These are the women of the great frontier - that's right - the women! Based on historical record, this wagon-train saga details a 2,000-mile journey from Chicago to California. The men seek gold; the women seek men. Both strike pay dirt!

Buck Wyatt (Robert Taylor) is a tough, experienced scout who leads a wagon train comprised of two ex-show girls (Denise Darcel and Julie Bishop), a hearty widow (Beverly Dennis) and fifteen men who act as guides. When one of the men disobeys Buck's orders not to fraternize with the ladies, Buck shoots him, causing the others to desert. Instead of turning back, the determined women insist on going on, learning to ride, shoot and drive mules. Although treacherous terrain and a deadly ambush lay ahead, these tough ladies are filled with the American frontier spirit, and nothing will stop them!

William Wellman directed this unusual Western from a story by Frank Capra. When a wagon filled with hopeful women head for California in pursuit of mail-order husbands in 1851, they have to show the same mettle as the men do in order to survive. California settler Roy Whitman (John McIntire) feels the workers toiling in his valley should have brides to keep them warm at night, so he organizes a trip to Chicago, hiring a man named Buck (Robert Taylor) to round up more than a hundred potential mates. The women welcome the opportunity for a new life and a strong man, but a variety of dangers, both human and natural, awaits them.

Adventure | Romance | Theatrical Release
This product is made-on-demand by the manufacturer using DVD-R recordable media. Almost all DVD players can play DVD-Rs (except for some older models made before 2000) - please consult your owner's manual for formats compatible with your player. These DVD-Rs may not play on all computers or DVD player/recorders. To address this, the manufacturer recommends viewing this product on a DVD player that does not have recording capability.