Where robot men and women are programmed to serve you for ...Romance ...Violence ...Anything. 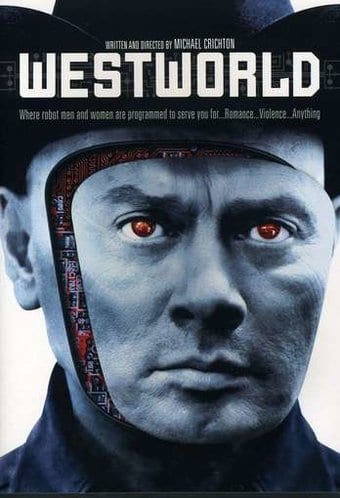 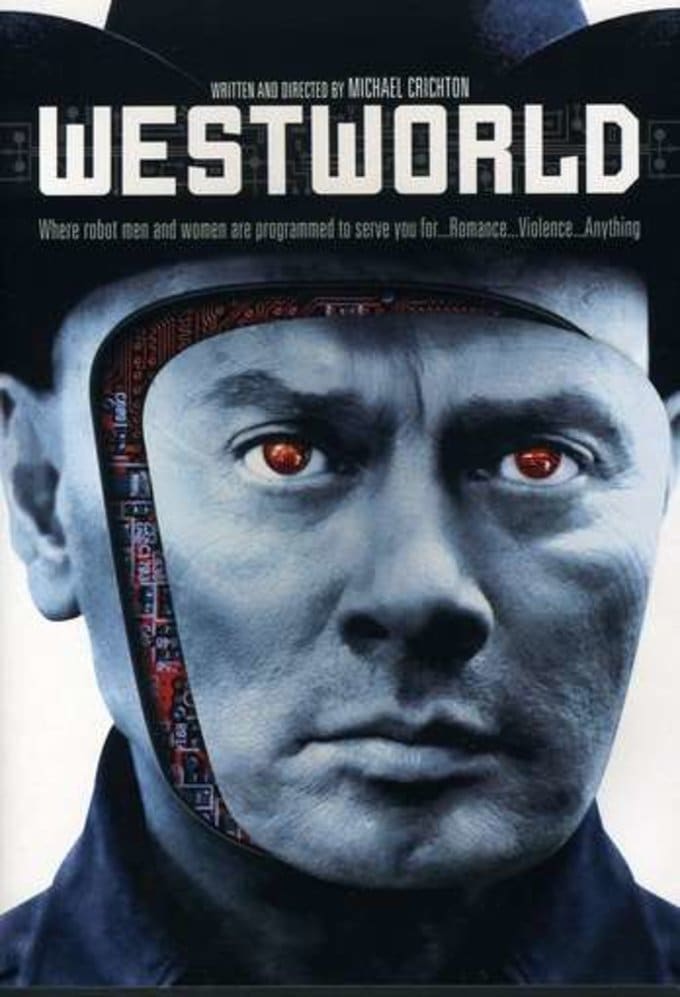 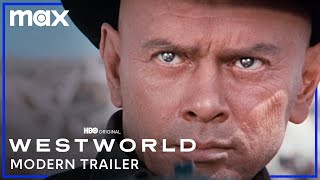 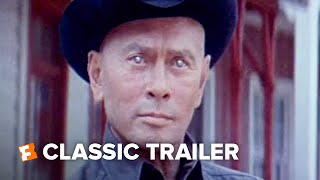 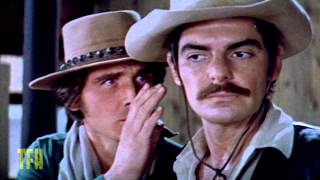 Michael Crichton's directorial debut, WESTWORLD is the direct precursor to JURASSIC PARK as the story of a technological amusement park gone out of control, with tourists becoming victims. For $1,000 a day, patrons can visit high-tech recreations of historically based mythical settings controlled by lifelike androids and synthetic environments: a Roman world that recreates tales of ancient Rome; a medieval world that recreates the legends of the Middle Ages; and Westworld, which recreates the myth of the classic Western. Two Chicago businessmen, Martin (Richard Benjamin) and Blane (James Brolin), spend their vacation in Westworld, where they live out their fantasies of the Old West mythology: chaotic barroom brawls, random love with beautiful prostitutes, and a violent jailbreak during which they shoot the local sheriff. But the complex technology that supports these fabricated worlds develops complicated syndromes faster than the scientists behind the scenes can resolve them. Soon the entire resort breaks down into chaos, and the androids turn hostile on the visiting tourists. WESTWORLD is both a retread on classic science fiction themes and a precocious critique of the false values and artificiality of the encroaching mass culture.

Step into WESTWORLD and make all your gunslinging fantasies come true. Westworld is a technological resort in which a vacationer's wildest fantasies are made real. But the wonder ceases when a computer virus infects the system that controls the automatons, who become self-aware...and vicious. The film features a wonderfully surprising turn by Yul Brynner, one of the stars of the classic Western THE MAGNIFICENT SEVEN.