The Object of Beauty R

Love is more than dollars and sex. 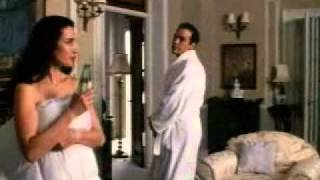 Jake and Tina are a sexy, jet-setting couple, madly in love and living far beyond their means. They plot the phony theft of Tina's prize sculpture to collect insurance. Unfortunately, they are not the only crooks and a real thief snatches the sculpture instead!

Jake and his girlfriend Tina reside at a ritzy London hotel... which they can't afford. They have in their possession a small statue sculpted by Henry Moore, a gift from Tina's estranged husband. The financially troubled Jake is entertaining thoughts of selling the artwork -- worth $50,000 -- to solve some of his money problems. But a wrench is thrown in the works when a maid enamored with the figure steals it, although she is unaware of its high value. This puts a wedge in Jake and Tina's relationship, as each believes the other has stolen the statue...

The Marx Brothers
A Night at the Opera (DVD)
$17.30 Super Savings
Add to Cart