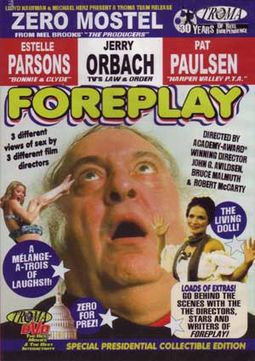 See a man (Pat Paulsen) tormented by his beautiful but uncooperative lover...a life-sized living doll!; an Italian lothario/muse give one lucky man (Jerry Orbach) the chance to relive all his past failed seductions; and watch in disbelief when the President of the United States (Zero Mostel) and the First Lady (Estelle Parsons) are forced to have sex on TV to save their kidnapped daughter!

A collection of three racy comedy segments dealing with the subject matter of sex. In the first, a lonely guy (Pat Paulsen) shares a relationship with a blowup doll. In the second, a blocked writer (Jerry Orbach) turns to his muse for help with women. And in the third, the President (Zero Mostel) is forced to have sex on national TV to save his kidnapped daughter.