I Wake Up Screaming

Three of the Hottest names in Hollywood... in a picture that makes the screen SIZZLE!

4.6K ratings
Currently Out of Stock: We'll get more as soon as possible
Notify Me When Available
Add to Wishlist
Format:  DVD
sku:  XD 41378D
Different formats available:
I Wake Up Screaming (Blu-ray) for $24.10
Related products:
Shock! for $5.95
Betty Grable: Sweetheart of The Silver Screen for $6.98
Cause For Alarm for $5.95
Where the Sidewalk Ends for $13
Bunny Lake is Missing for $13.10
Our customers love us! 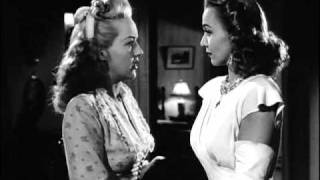 I Wake up Screaming trailer

In this tense noir thriller, Victor Mature plays Frankie Christopher, a sports promoter who's in the hot seat, relentlessly grilled by a ruthless detective after the murder of a fashion model (Carole Landis) he made famous. Weighing even more heavily against him is the fact that he's in love with the dead girl's sister (Betty Grable). But Frankie's not the only suspect in this taut expose of New York's cafe society. The detective also obsessively pursues Frankie's partner, a gossip columnist, and a hotel night clerk. Filled with plot twists and turns, I Wake Up Screaming will have you guessing until its surprising ending.

Grable and Mature star in this entertaining mystery about a beautiful young girl who is murdered. The chief suspect is the promoter working to make her a star. A clever plot twist at the end makes this all the better. The film was remade in 1953 as VICKI.