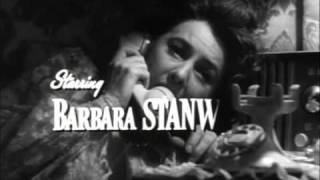 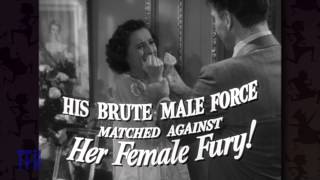 In director Anatole Litvak's superb thriller SORRY, WRONG NUMBER, Barbara Stanwyck stars as the alluring, wealthy, and irritating Leona Stevenson, a hypochondriac whose psychosomatic illness has her bedridden. Leona's only lifeline is the telephone, which she uses to excess. One evening, Leona impatiently tries to locate her henpecked husband Henry (Burt Lancaster), who is late in coming home. However, when phone lines cross, she overhears two thugs plotting a murder. Desperate to thwart the crime, Leona begins a series of calls--to the operator, to the police, and others--and eventually deduces the shocking identity of the victim. Meanwhile, unbeknownst to Leona, Henry is having problems of his own--he's become involved in a swindle and is being blackmailed. Featuring stunning use of sound and lighting, SORRY, WRONG NUMBER follows Leona, trapped in her lush apartment, as she tries to prevent an innocent from being murdered.

An invalid heiress whose husband is being blackmailed overhears a murder plot on a crossed-wire telephone connection.

Cause for Alarm
$10
Add to Cart