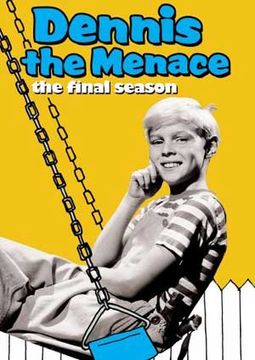 Jay North returns as quintessential troublemaker Dennis the Menace, in this box set that features all episodes from the final season of the popular CBS situation comedy. The material at hand originally ran from September 30, 1962 through July 7, 1963, and includes such installments as THE LOST DOG, NEVER SAY DYE, THE UNINVITED GUEST and THE THREE FS.