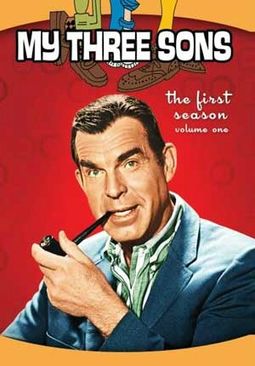 Premiering in 1960 and setting the template for family sitcoms, this comedy series starred Fred MacMurray as Steve Douglas, a widower raising three sons on his own. When not holding down a job as an aeronautics engineer, Steve is holding down the fort as his sons get into mischief and offering sagely advice for their youthful dilemmas. Lucky for Steve, his ornery, live-in father-in-law "Bub" is there to help keep the disorder to a minimum. One of TV's longest-running series at the time, MY THREE SONS eventually burst the bounds of its premise in the 1970s, as Mike, Robbie, and Chip grew up and started families of their own. This collection presents the first batch of episodes from the sitcom's debut season.