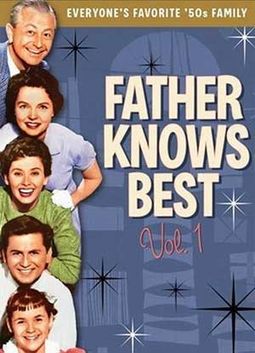 Beginning life as a radio program in the late 1940s, FATHER KNOWS BEST was picked up by CBS TV, and quickly went on to become the definitive television portrait of the nuclear family. Despite the title's declaration, the show often poked gentle fun at the "traditional" middle-class order, allowing dad to be bested by his brood. This volume features the first seven of what would eventually be over 200 episodes of the hit sitcom, which introduce Jim Anderson (Robert Young), his wife Margaret (Jane Wyatt), and their three children, Betty (Elinor Donahue), Bud (Bill Gray), and Kitten (Laurin Chapin).