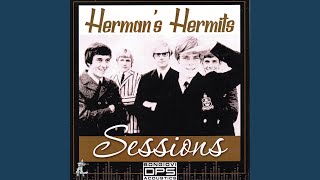 Liner Note Authors: Gloria Stavers; Toby B. Mamis.
When all is said and done regarding the most influential power pop bands of the '60s, Herman's Hermits and Tommy James & the Shondells emerge as the clear-cut winners for the same reason: Their music was so diverse and well constructed that it showed the different dimensions of a genre that inspired music smart enough to respect its roots which, in turn, inspired music too hip for its own good -- the modern rock movement that was not half as much fun as "the new wave," or as essential as anything found on ABKCO's perennial release of Herman's Hermits' Their Greatest Hits.
That Peter Noone and Tommy James were masterful interpreters of perfect and succinct little musical episodes is one big part of it, the song selection being the other master stroke. "Mrs. Brown You've Got a Lovely Daughter" opens this 16-song collection, every tune coming in under 180 seconds except for the cover of the Skeeter Davis classic "The End of the World," which comes in at exactly three minutes. The fine art of the hit single is here in all its glory, Graham Gouldman represented twice with two exquisite melodies, "No Milk Today" and "Listen People." Try getting both songs out of your head after a listen, pop that the word infectious was created for and totally different from the Carole King/Gerry Goffin classic "I'm into Something Good" and the Carter/Lewis gem "Can't You Hear My Heartbeat." As with any Tommy James compilation, you have to admire how great the voice of Peter Noone is with so much varied material. "I'm Henry the VIII I Am" is just so different from Ray Davies' "Dandy," both not sounding anything like the sublime remake of Sam Cooke's "(What A) Wonderful World." It's a dazzling array of chord changes, textbook production technique authored -- not followed -- by Mickie Most, and colorful notes coming together with majesty that the many this music inspired are hardly able to touch. These short musical passages are the prototypes and the reason that the arguably greatest moment, "There's a Kind of Hush (All Over the World)," is rarely covered, given the contrast when you play it next to those who dared to tread on sacred ground. Do you really want to hear the Carpenters covering the Reed/Stephens composition or James Taylor taking the energy and magic out of "(What A) Wonderful World"? Out of these brilliant memories? Herman's Hermits added to the Sam Cooke classic, while the laid-back approach of the '70s took the air out of the bubble. These are "their" greatest hits simply because they are truly great. ~ Joe Viglione

23%off
The Troggs
Hit Single Anthology
$9.98 on Sale
Add to Cart

Customer Rating:
Based on 59 ratings.


The songs and the sound of this CD was great.