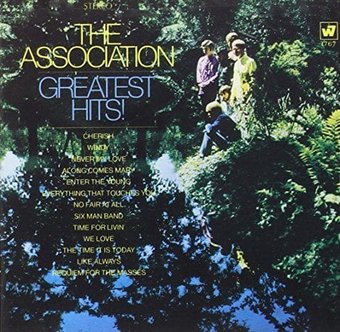 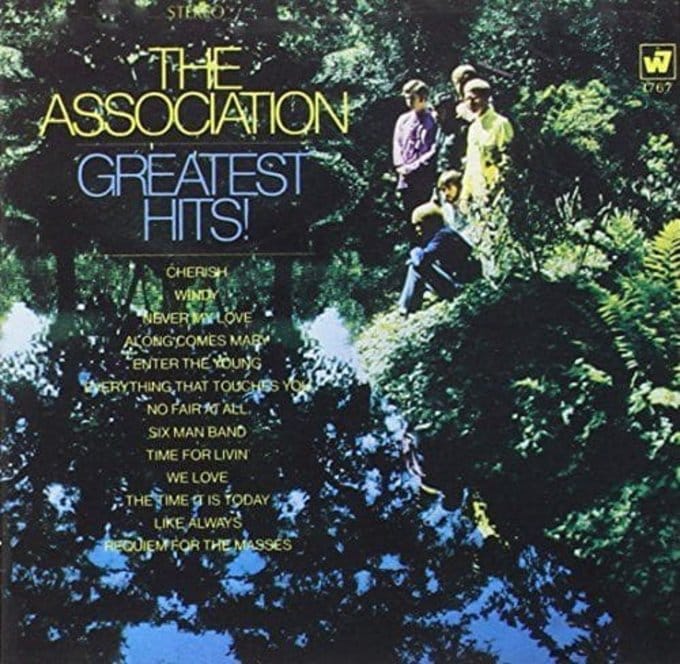 The Association: Terry Kirkman (vocals); Russ Giguere, Jim Yester (vocals, guitar); Ted Bluechel (guitar, drums); Gary Alexander (guitar); Brian Cole (bass).
Producers: Bones Howe, The Association, Curt Boettcher, Jerry Yester.
Quite possibly the finest harmony group of the '60s and one of the best light pop bands ever, Los Angeles' The Association had an unbeatable string of hits in the mid-60s. All of those hits are included here. From the mildly controversial and psych-tinged "Along Comes Mary" and "Windy"--both of which contain not-terribly-subtle drug references--to the innocuous but heartbreakingly beautiful ballads "Never My Love" and "Cherish," The Association's stock in trade was their precise four- and five-part harmony. Most often, these beautiful multi-part vocals are topped by Terry Kirkland's expressive leads. Although their years spent recording for Valiant and Warner Brothers Records produced many more gems than are included here, The Association's GREATEST HITS is a perfect starting point for this wonderful band.

40%off
The Mamas & the Papas
Greatest Hits
$8.40 Super Savings
Add to Cart

The 5th Dimension
Greatest Hits on Earth
$8.20
Add to Cart

The Lettermen
When I Fall In Love
$7.98 on Sale
Add to Cart


This collection is a good all-around, but by no means complete body of what made The Association one of the greatest and most versatile groups of the 60's and early 70's. Most of the songs will be familiar to you...but that's the point of a greatest hits collection. To delve deeper into the Association experience, try the "Birthday" cd, or the cd simply entitled "The Association".