The Animals The Best of the Animals 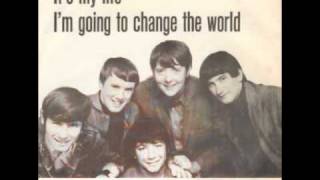 The Animals It's My Life (Music Video) 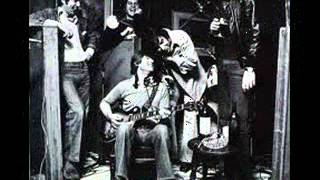 The Animals - Send You Back To Walker (Music Video)

The Animals: Eric Victor Burdon (vocals); Alan Price (guitar, piano, organ, vibes, bass); Hilton Stuart Patterson Valentine (guitar); Bryan James "Chas" Chandler (bass); John Steel (drums).
Personnel: Eric Burdon (vocals); Hilton Valentine (guitar); Alan Price (keyboards); John Steel (drums).
Unknown Contributor Roles: Eric Burdon; Hilton Patterson; Brooke Chandler; John Steel ; Alan Price.
When ABKCO Records acquired the U.S. rights to the Animals' 1964-1965 recordings produced by Mickie Most, they resurrected the title and artwork (and even the catalog number) of the classic MGM-issued Best of the Animals compilation from 1966. But as 1987 was the era of the CD, with its longer running time, they felt compelled to make some changes -- in addition to adding 15 more minutes of material, upping the the track list from 11 to 15 in the process, they also re-ordered all of it so that "House of the Rising Sun" led off the album, instead of being in the middle (at the end of side one on the original LP), though it was still the unedited 4:29 version, which had graced the original LP. What they did change was to pull a couple of songs -- "Roberta," which wasn't considered a great loss, and also the U.S. version of "We've Gotta Get Out of This Place." The latter, made from a tape of an outtake (an accident by EMI, copying the wrong take and sending it to MGM in America), had reached the Top 20 -- it was replaced with the U.K. version. The latter was generally not considered as good as the American rendition, and the opinion was strong enough so that when ABKCO released another compilation, Retrospective, in 2004, the American-released version of the song was restored. Otherwise, the additions, including "Story of Bo Diddley," "Dimples," and "Around and Around," were considered enhancements. And this is a good collection to start out with the band, though one might do better with EMI's Complete Animals two-CD set of the same label's 2000-vintage The Best of the Animals, both of which include the epic uncut seven-minute version of "Talkin' 'Bout You" (from which the familiar under-two-minute cut was distilled). ~ Bruce Eder

The Animals
The Best of Eric Burdon and the Animals (CD)
$5.97 on Sale
Add to Cart

Customer Rating:
Based on 69 ratings.


The original, gatefold opening Animals Greatest L P had the first release of the long version of "House Of The Rising Sun." The original single was about 3 minutes long, & faded out at the end. The original first L P (at least in America) also had this 'shorter version.' I know, as I have both! And, let us not forget that 'The Boys' recorded this, after they heard Nina Simone's version, when she was with the Colpix label. This C D has more tracks than the vinyl L P (although 15 tracks are listed, and the descriptive paragraph states there are 20. Perhaps this ambiguity may be corrected!) Also I highly recommend the 'companion' C D, if you will: The Animals Greatest 1966 to 1968. I've just ordered my 4th copy of this, as it is a great price, and there are a lot of wonderful performances, as well. When you listen to both, you will hear a change in direction (and length of releases) as they were freed from the constraints of producer Mickie Most. For example, "Sky Pilot" was divided up, into Part 1 and Part 2. Although radio usually didn't like long singles, this was still a big hit, and with the somewhat sarcastic references to Vietnam, was also a hit on the emerging F M album rock radio stations. And while it wasn't a big hit, "Inside Looking Out" WAS played on the radio, is excellent, is an example of the talented band members expressing themselves, and it is not easy to 'Rock Out' harder than this!

The Animals / Eric Burdon
Very Best of The Animals
$10.90
Add to Cart