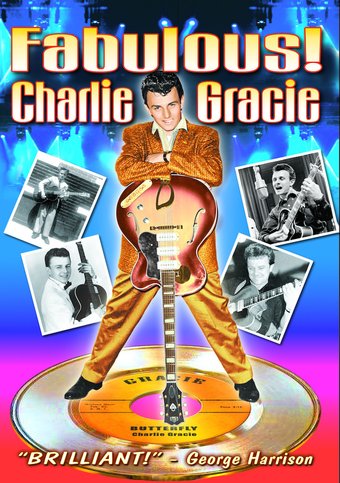 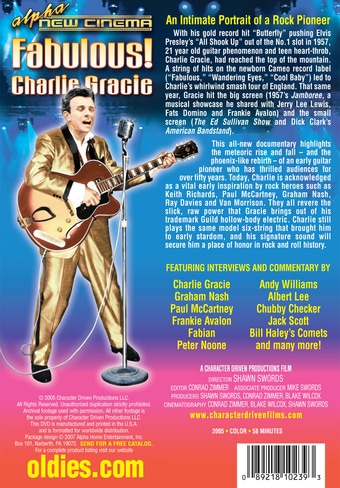 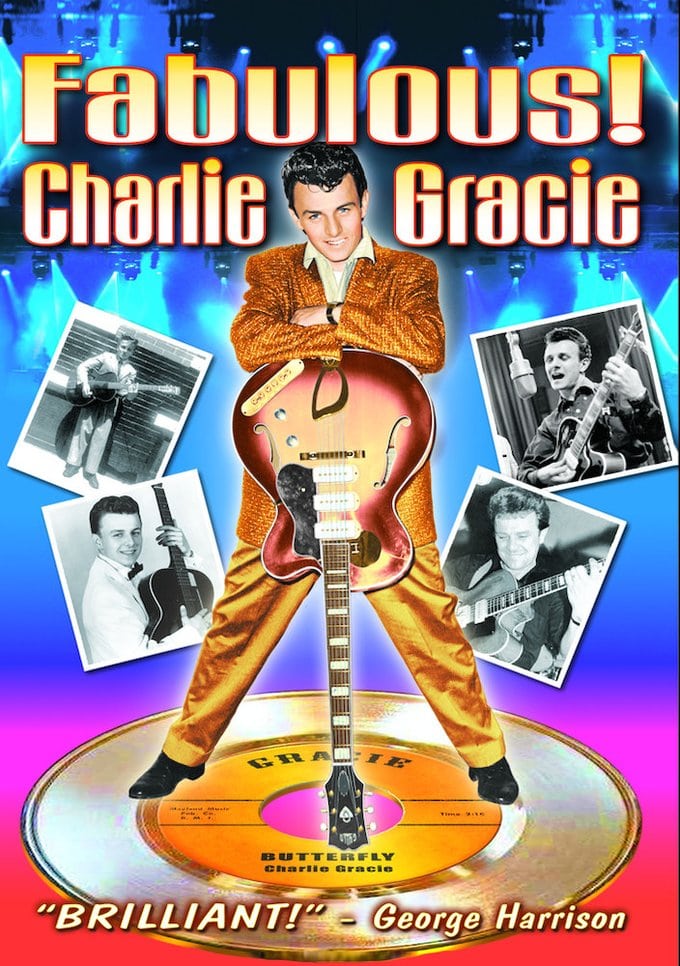 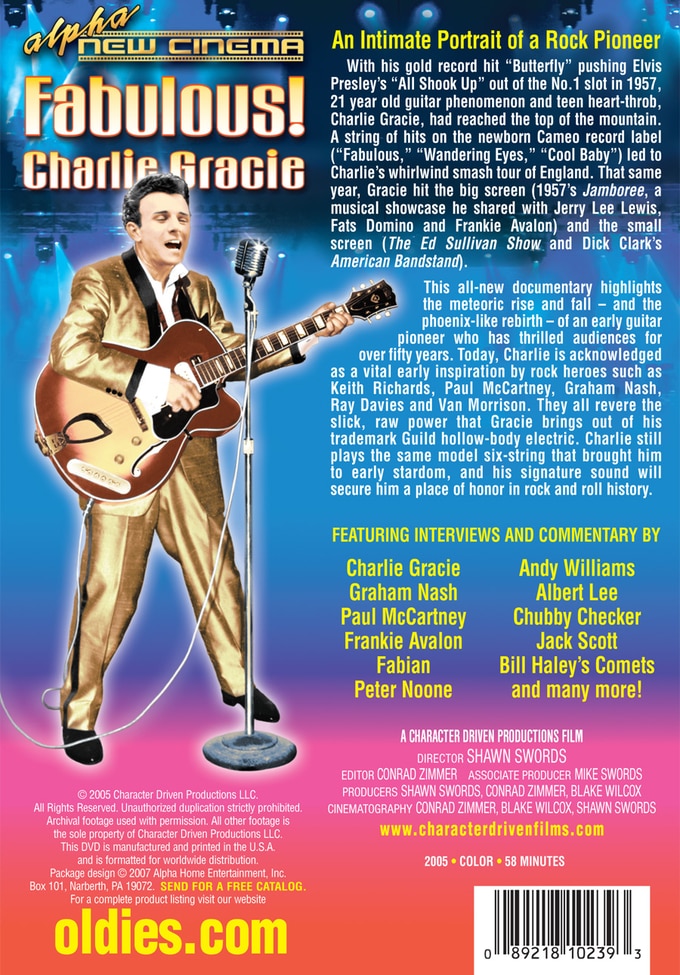 With his gold record hit "Butterfly" pushing Elvis Presley's "All Shook Up" out of the No.1 slot in 1957, 21 year old guitar phenomenon and teen heart-throb, Charlie Gracie, had reached the top of the mountain. A string of hits on the newborn Cameo record label ("Fabulous," "Wandering Eyes," "Cool Baby") led to Charlie's whirlwind smash tour of England. That same year, Gracie hit the big screen (1957's Jamboree, a musical showcase he shared with Jerry Lee Lewis, Fats Domino and Frankie Avalon) and the small screen ("The Ed Sullivan Show" and Dick Clark's "American Bandstand").

This all-new documentary highlights the meteoric rise and fall - and the phoenix-like rebirth - of an early guitar pioneer who has thrilled audiences for over fifty years. Today, Charlie is acknowledged as a vital early inspiration by rock heroes such as Keith Richards, Paul McCartney, Graham Nash, Ray Davies and Van Morrison. They all revere the slick, raw power that Gracie brings out of his trademark Guild hollow-body electric. Charlie still plays the same model six-string that brought him to early stardom, and his signature sound will secure him a place of honor in rock and roll history.


THIS IS A GREAT DVD.5 STARS IS RIGHT ON.


This DVD of Charlie Gracie is one of the greatest musical documentaries I have ever seen.
Charlie talks about his early beginnings and of his love of the guitar. I would advise anyone who knows nothing about rock 'n' roll to buy this wonderful DVD, it really is the tops!