Lesser-known works in the career of Edward D. Wood, Jr, the so-called "Worst Director of All Time." 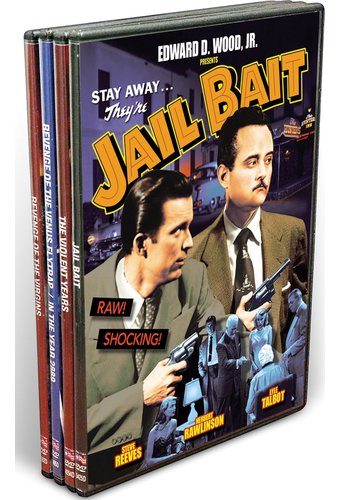 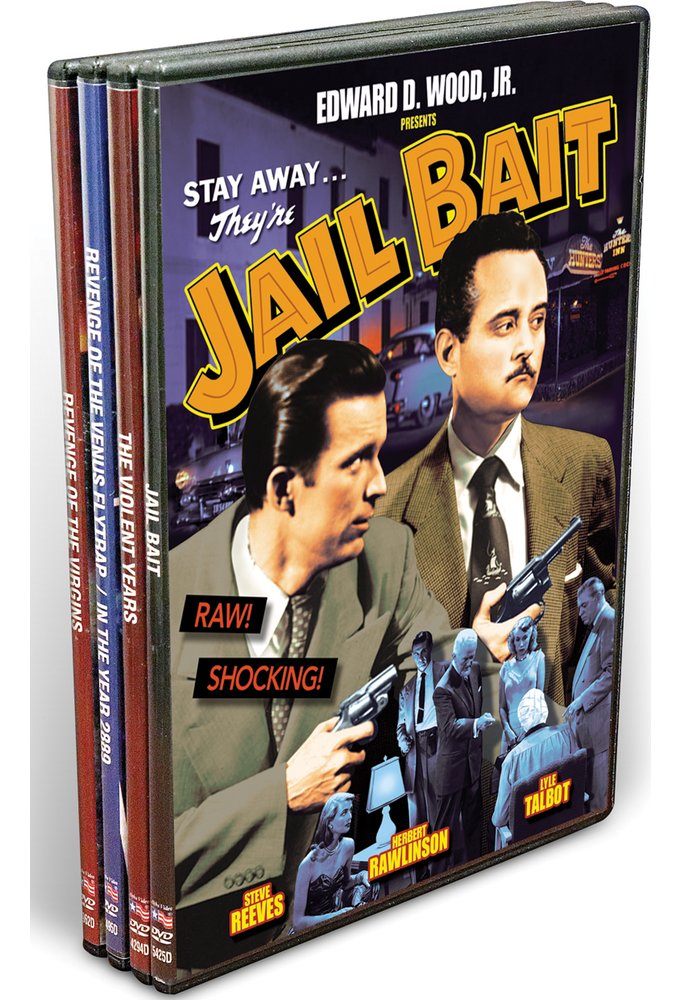 Lesser-known works in the career of Edward D. Wood, Jr, the so-called "Worst Director of All Time": his twist-ending crime drama 'Jail Bait' (1954) and three movies he wrote the scripts for, 'The Violent Years' (1956), 'Revenge of the Virgins' (1959) and 'Revenge of the Venus Fly Trap' (1970), all of which showcase his trademark idiosyncratic dialogue.
This product is made-on-demand by the manufacturer using DVD-R recordable media. Almost all DVD players can play DVD-Rs (except for some older models made before 2000) - please consult your owner's manual for formats compatible with your player. These DVD-Rs may not play on all computers or DVD player/recorders. To address this, the manufacturer recommends viewing this product on a DVD player that does not have recording capability.