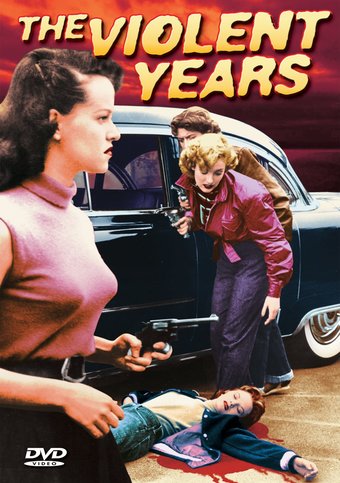 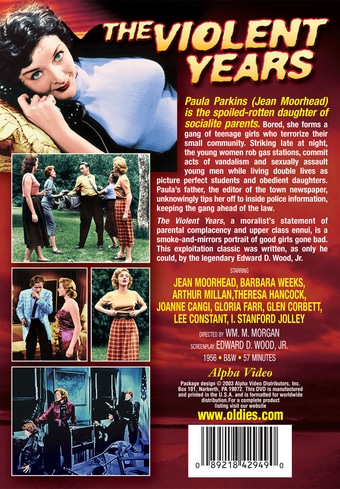 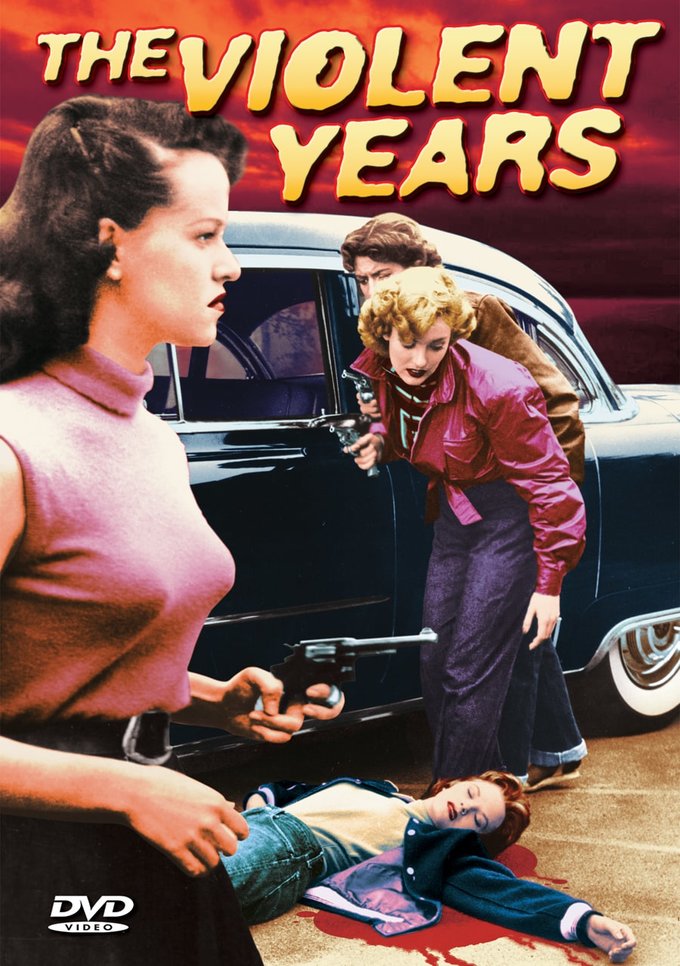 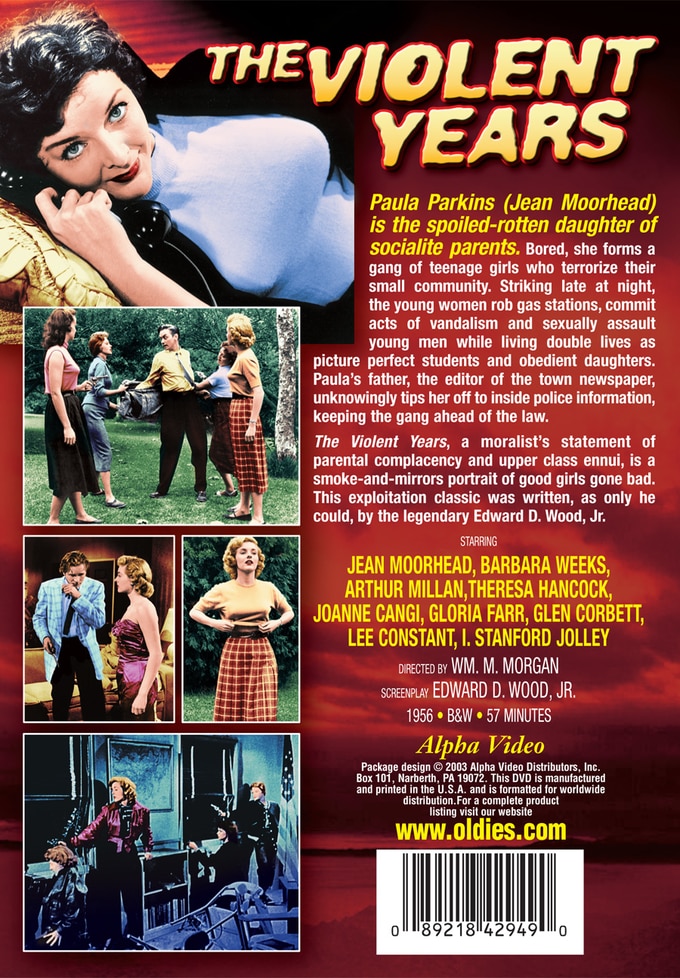 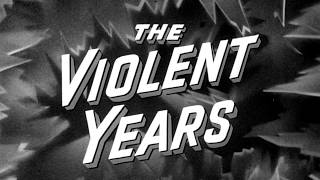 "Do what they say, Shirley, they've got guns... For God's sake, Shirley, take the sweater off. Give it to her." (Shirley's boyfriend, instructing her to obey the four women who've taken them hostage)
"Sorry I can't be at your birthday party tonight, but you know how busy I am." (Paula's father to his daughter)
"I'm not interested in money. There's plenty of that at home. It's the principle of the thing... It's the thrill that gets me." (Paula, to her gang)
"Juvenile delinquency is always rooted in adult delinquency." (Judge to Paula's parents)

Paula Parkins (Jean Moorhead) is the spoiled-rotten daughter of socialite parents. Bored, she forms a gang of teenage girls who terrorize their small community. Striking late at night, the young women rob gas stations, commit acts of vandalism and sexually assault young men while living double lives as picture perfect students and obedient daughters. Paula's father, the editor of the town newspaper, unknowingly tips her off to inside police information, keeping the gang ahead of the law.

The Violent Years, a moralist's statement of parental complacency and upper class ennui, is a smoke-and-mirrors portrait of good girls gone bad. This exploitation classic was written, as only he could, by the legendary Edward D. Wood, Jr.

Haughty debutante Paula Perkins and her tight circle friends just formed a killer clique. Whenever these girls get angry they become murderous maidens, eliminating anyone who gets in their way. These girls may be beautiful, brainy and well-bred but they're also as deadly as the most hardened criminals.

Customer Rating:
Based on 1896 ratings.


The only thing wrong with this Ed Wood penned epic is that the great man himself did not direct it. As it is, it is only tremendous, as opposed to the cinematic masterpiece it deserved to be.