Three years in the making, a stunning Italian-produced religious picture recounting the life of St. Benedict of Nursia. Subtitled in English. 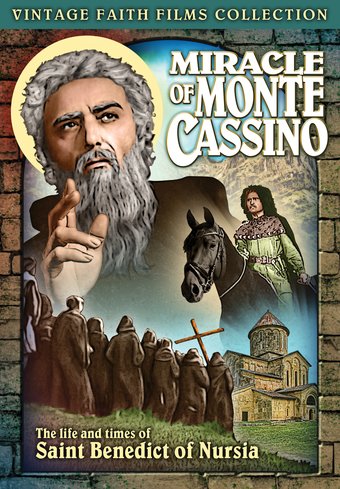 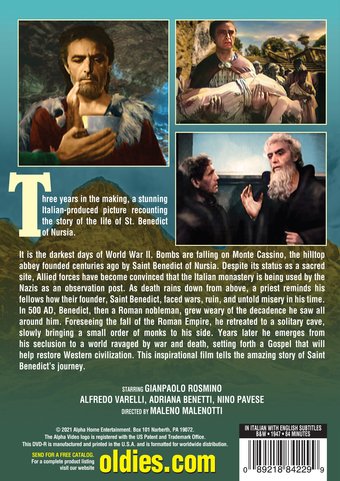 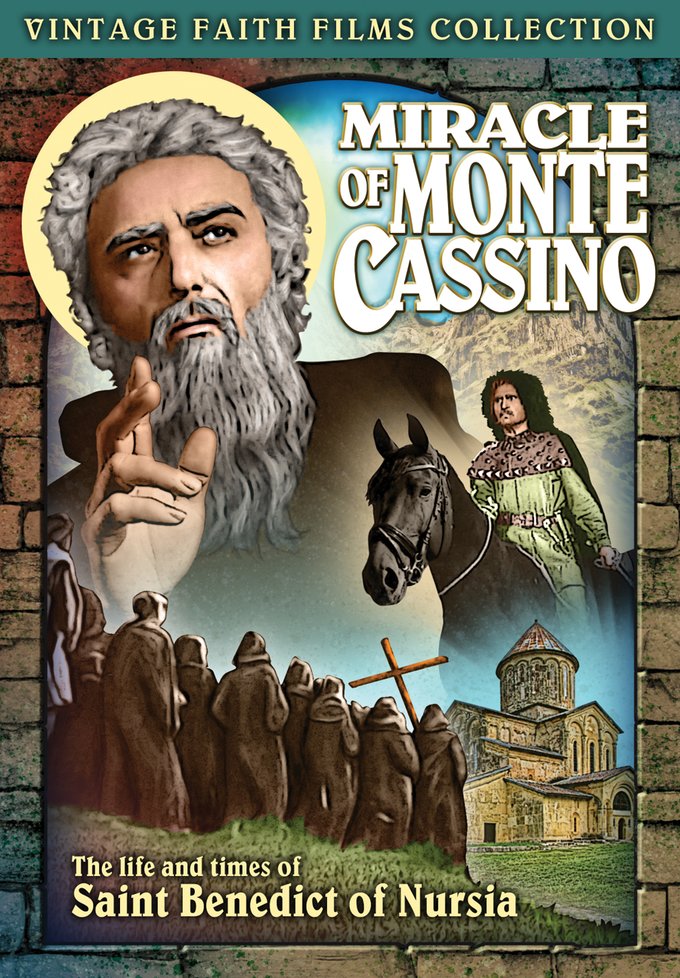 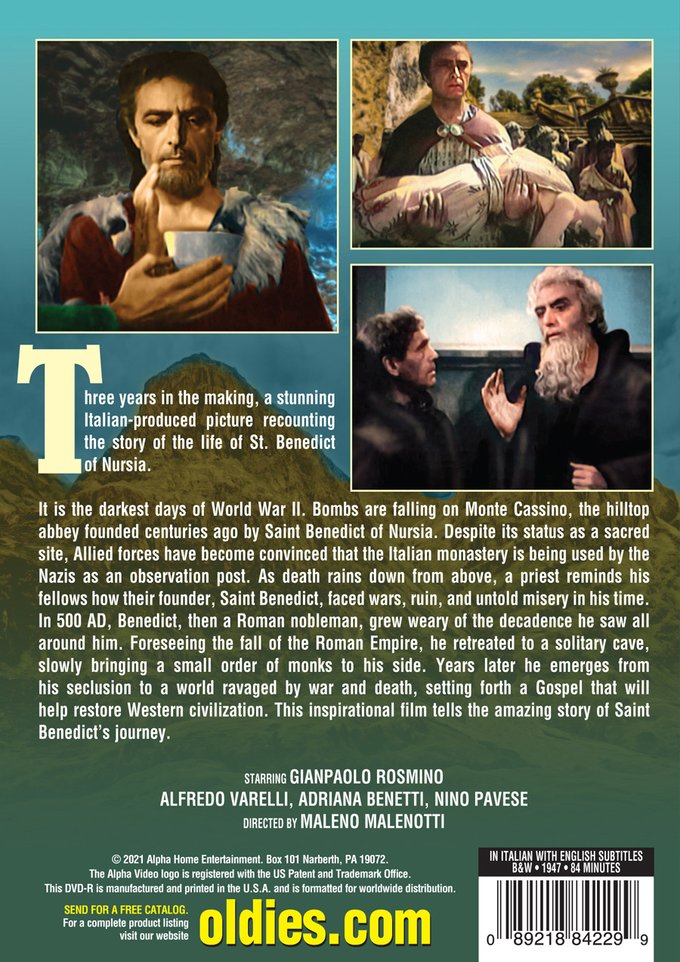 It is the darkest days of World War II. Bombs are falling on Monte Cassino, the hilltop abbey founded centuries ago by Saint Benedict of Nursia. Despite its status as a sacred site, Allied forces have become convinced that the Italian monastery is being used by the Nazis as an observation post. As death rains down from above, the head friar reminds his fellows how their founder, Saint Benedict, faced wars, ruin, and untold misery in his time. In 500 AD, Benedict, then a Roman nobleman, grew weary of the decadence he saw all around him. Foreseeing the fall of the Roman Empire, he retreated to a solitary cave, slowly bringing a small order of monks to his side. Years later he emerges from his seclusion to a world ravaged by war and death, setting forth a Gospel that will help restore Western civilization. This inspirational film tells the amazing story of Saint Benedict's journey.
This product is made-on-demand by the manufacturer using DVD-R recordable media. Almost all DVD players can play DVD-Rs (except for some older models made before 2000) - please consult your owner's manual for formats compatible with your player. These DVD-Rs may not play on all computers or DVD player/recorders. To address this, the manufacturer recommends viewing this product on a DVD player that does not have recording capability.