A young couple are taught "the birds and the bees" after discovering each other's shocking sexual history in this notorious exploitation classic "made for educational purposes". Contains graphic sexual imagery. 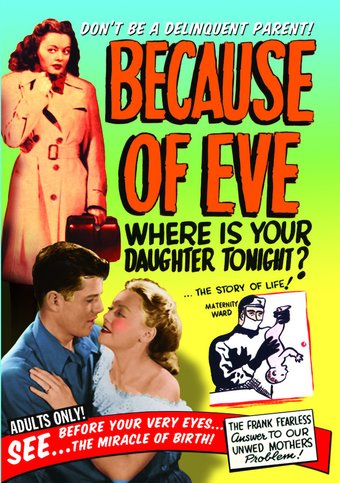 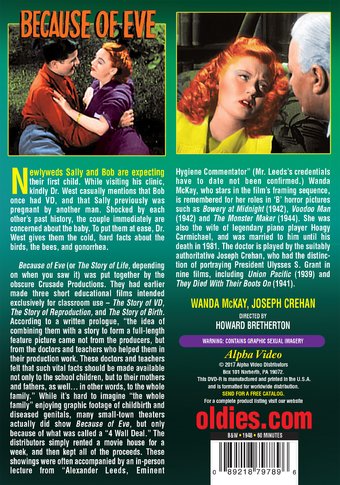 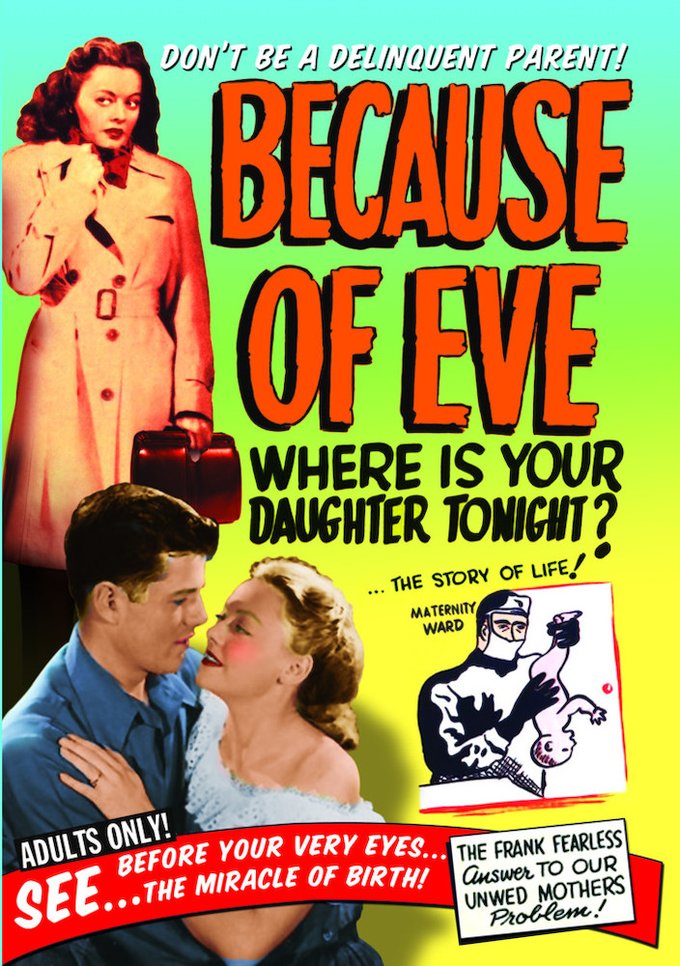 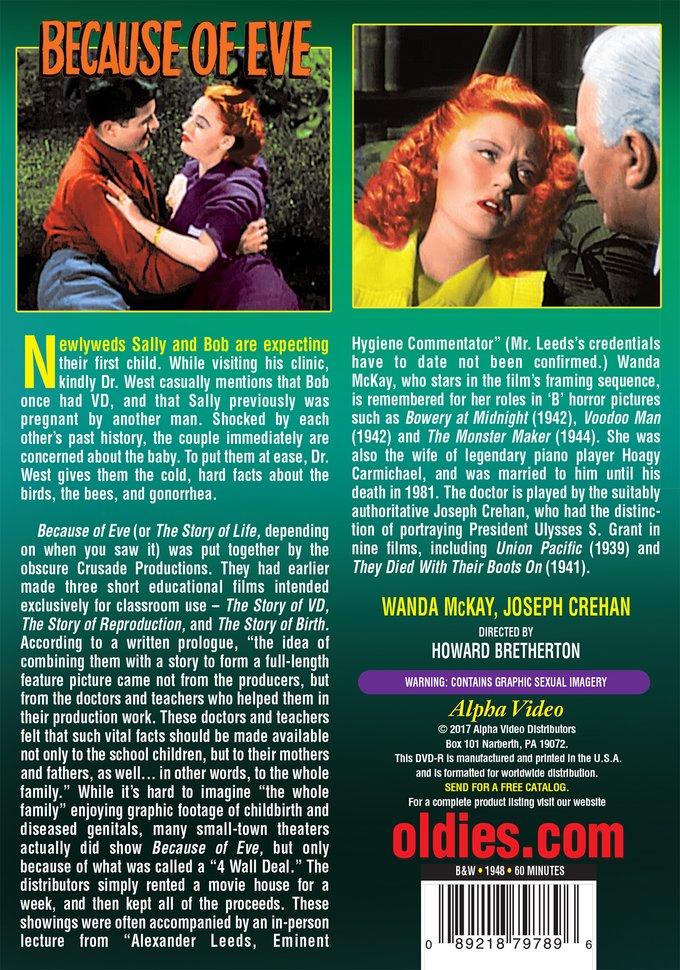 Newlyweds Sally and Bob are expecting their first child. While visiting his clinic, kindly Dr. West casually mentions that Bob once had VD, and that Sally previously was pregnant by another man. Shocked by each other's past history, the couple immediately are concerned about the baby. To put them at ease, Dr. West gives them the cold, hard facts about the birds, the bees, and gonorrhea.

Because of Eve (or The Story of Life, depending on when you saw it) was put together by the obscure Crusade Productions. They had earlier made three short educational films intended exclusively for classroom use -- The Story of VD, The Story of Reproduction, and The Story of Birth. According to a written prologue, "the idea of combining them with a story to form a full-length feature picture came not from the producers, but from the health doctors and teachers who helped them in their production work. These doctors and teachers felt that such vital facts should be made available not only to the school children, but to their mothers and fathers, as well...in other words, to the whole family." While it's hard to imagine "the whole family" enjoying graphic footage of childbirth and diseased genitals, many small-town theaters actually did show Because of Eve, but only because of what was called a "4 Wall Deal." The distributors simply rented a movie house for a week, and then kept all of the proceeds. These showings were often accompanied by an in-person lecture from "Alexander Leeds, Eminent Hygiene Commentator" (Mr. Leeds's credentials have to date not been confirmed.) Wanda McKay, who stars in the film's framing sequence, is remembered for her roles in 'B' horror pictures such as Bowery at Midnight (1942), Voodoo Man (1942) and The Monster Maker (1944). She was also the wife of legendary piano player Hoagy Carmichael, and was married to him until his death in 1981. The doctor is played by the suitably authoritative Joseph Crehan, who had the distinction of portraying President Ulysses S. Grant in nine films, including Union Pacific (1939) and They Died With Their Boots On (1941).