A reporter doing a story about night life in Sweden falls for a beautiful nightclub singer who is being horribly exploited. 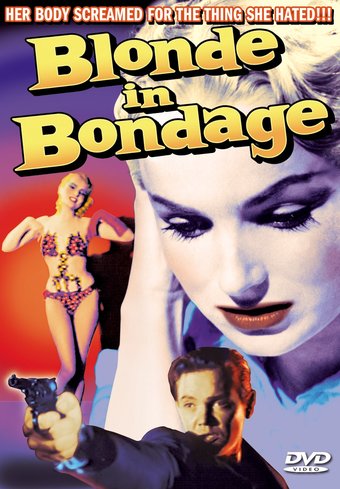 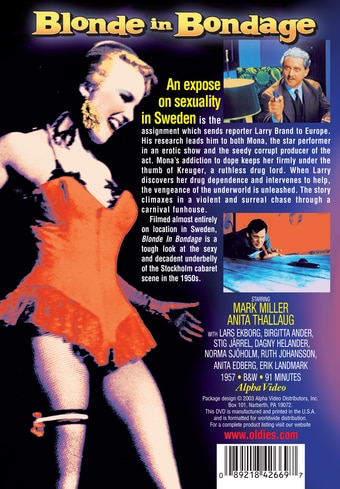 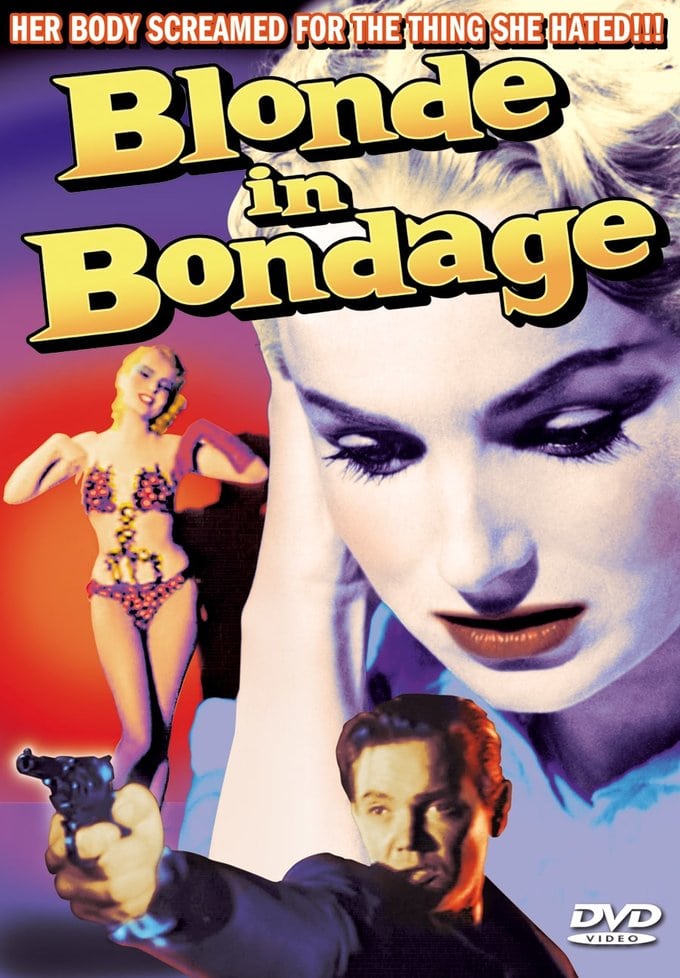 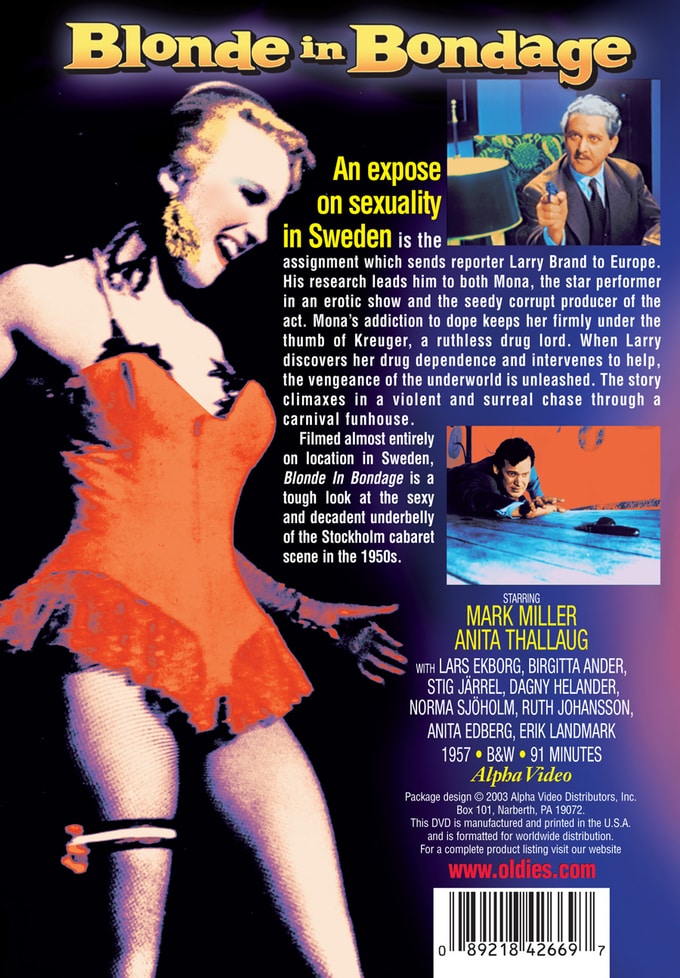 Filmed almost entirely on location in Sweden, Blonde In Bondage is a tough look at the sexy and decadent underbelly of the Stockholm cabaret scene in the 1950s.

This 1950s expose film focuses on the Stockholm underworld, with its seedy mix of drugs and sex. Reporter Larry Brand (Mark Miller) travels to Europe to research Swedish sexuality. His work leads him to Mona Mace (Anita Thallaug), a gorgeous blonde erotic performer and drug addict. He quickly becomes attached to Mona, and seeks to help her escape from the control of drug dealer Kreuger (Stig Jarrel). However, his actions release a violent backlash from the underworld, endangering both him and Mona. Filmed almost entirely on location in Sweden, this film contains a notable chase through a carnival funhouse, as well as a searing look at the Swedish sex industry.

Customer Rating:
Based on 94 ratings.

okay guardedly-sleazy obscurity Movie Lover: call me Z from somewhere out there -- May, 12, 2006


A newspaper reporter is sent to Sweden to report on "Swedish morals" and finds a pair of sisters who are all too eager to teach him all about 'em. After a minor car accident he meets a show-business couple, Krueger the manager and his singer, Mona Mace, who acts a little strange. He learns that she has a drug addiction that Krueger is using to control her. The reporter decides to help Mona out and ends up wandering sleazy streets full of drunks and prostitutes, looking for a dive called The Golden Calf, where he tries unsuccessfully to strong-arm info. This doesn't work so he goes to a cabaret club where Mona's doing her song-and-strip act (just down to some fancy lingerae - it ain't that kind of movie) and gets himself beaten up by Krueger and some hoodlums, who cause a lot more trouble before the reporter can make any real headway toward helping Mona out. It's tame but probably pretty exploitative for its time, and manages to look really cheap even though most of it was actually filmed in Sweden. There's some decent action and good sleazy locations, but it could have benefitted from some tightening up; at 90 minutes it's a little overlong. Pretty obscure - doesn't appear in any movie reference books I've seen. The final chase through a funhouse is pretty interesting.