Pioneering Canadian actress and filmmaker Nell Shipman stars in this harrowing tale of a woman kidnapped and left for dead by Mexican bandits. With the bonus short 'Trail of the North Wind' (1924). 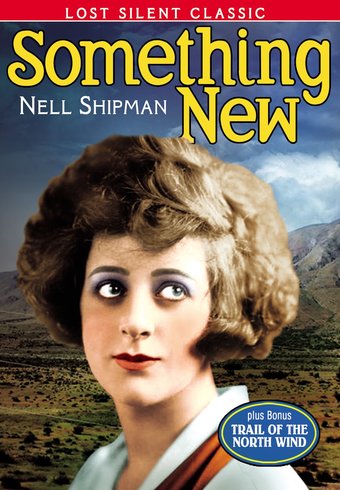 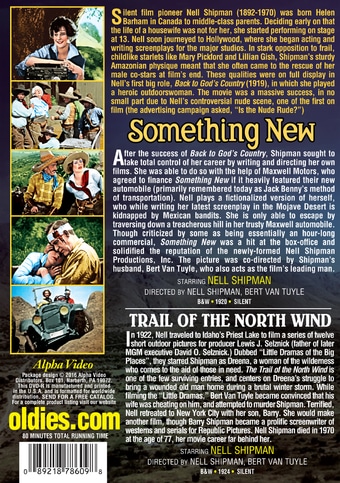 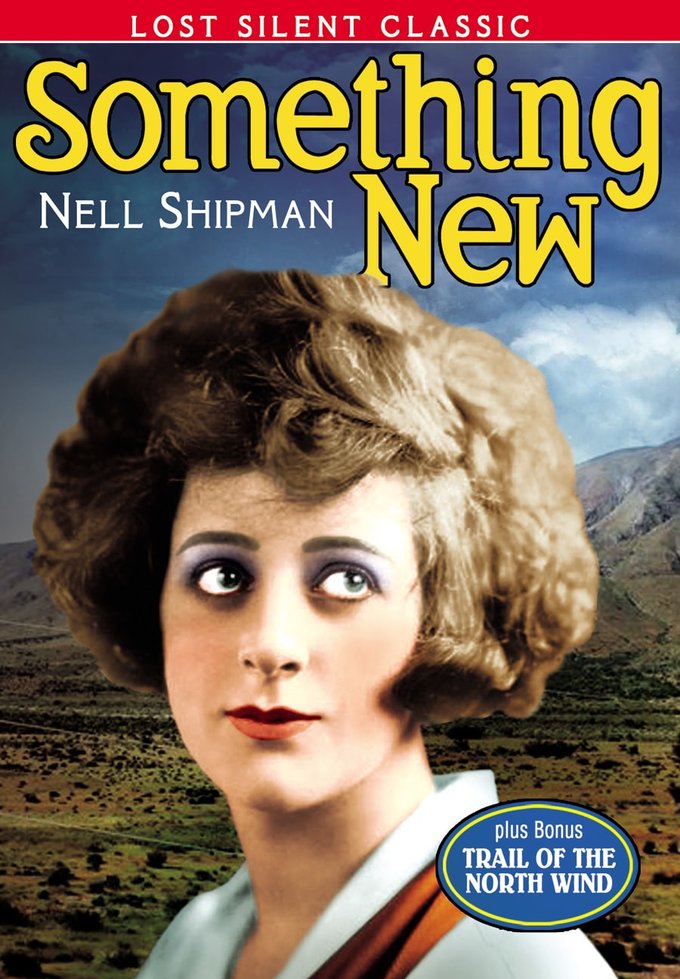 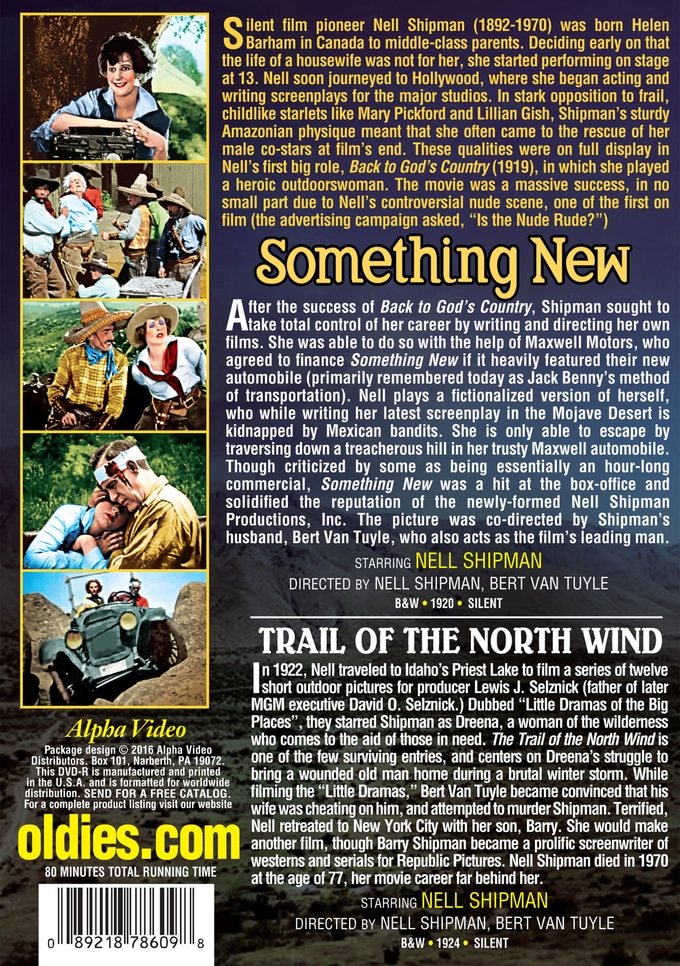 Silent film pioneer Nell Shipman (1892-1970) was born Helen Barham in Canada to middle-class parents. Deciding early on that the life of a housewife was not for her, she started performing on stage at 13. Nell soon journeyed to Hollywood, where she began acting and writing screenplays for the major studios. In stark opposition to frail, childlike starlets like Mary Pickford and Lillian Gish, Shipman's sturdy Amazonian physique meant that she often came to the rescue of her male co-stars at film's end. These qualities were on full display in Nell's first big role, Back to God's Country (1919), in which she played a heroic outdoorswoman. The movie was a massive success, in no small part due to Nell's controversial nude scene, one of the first on film (the advertising campaign asked, "Is the Nude Rude?")

Something New (BW, 1920, SILENT): After the success of Back to God's Country, Shipman sought to take total control of her career by writing and directing her own films. She was able to do so with the help of Maxwell Motors, who agreed to finance Something New if it heavily featured their new automobile (primarily remembered today as Jack Benny's method of transportation.) Nell plays a fictionalized version of herself, who while writing her latest screenplay in the Mojave Desert is kidnapped by Mexican bandits. She is only able to escape by traversing down a treacherous hill in her trusty Maxwell automobile. Though criticized by some as being essentially an hour-long commercial, Something New was a hit at the box-office and solidified the reputation of the newly-formed Nell Shipman Productions, Inc. The picture was co-directed by Shipman's husband, Bert Van Tuyle, who also acts as the film's leading man.

The Trail Of The North Wind (BW, 1924, SILENT): In 1922, Nell traveled to Idaho's Priest Lake to film a series of twelve short outdoor pictures for producer Lewis J. Selznick (father of later MGM executive David O. Selznick.) Dubbed "Little Dramas of the Big Places", they starred Shipman as Dreena, a woman of the wilderness who comes to the aid of those in need. The Trail of the North Wind is one of the few surviving entries, and centers on Dreena's struggle to bring a wounded old man home during a brutal winter storm. While filming the "Little Dramas", Bert Van Tuyle became convinced that his wife was cheating on him, and attempted to murder Shipman. Terrified, Nell retreated to New York City with her son, Barry. She would make another film, though Barry Shipman became a prolific screenwriter of westerns and serials for Republic Pictures. Nell Shipman passed in 1970 at the age of 77, her movie career far behind her.

Silent | Cars / Automobiles
This product is made-on-demand by the manufacturer using DVD-R recordable media. Almost all DVD players can play DVD-Rs (except for some older models made before 2000) - please consult your owner's manual for formats compatible with your player. These DVD-Rs may not play on all computers or DVD player/recorders. To address this, the manufacturer recommends viewing this product on a DVD player that does not have recording capability.