The Sheik Steps Out 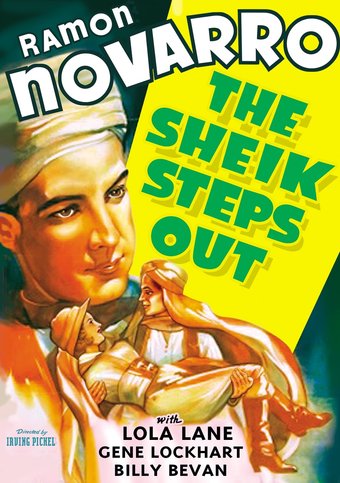 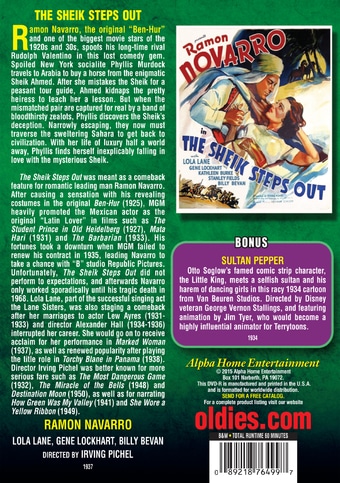 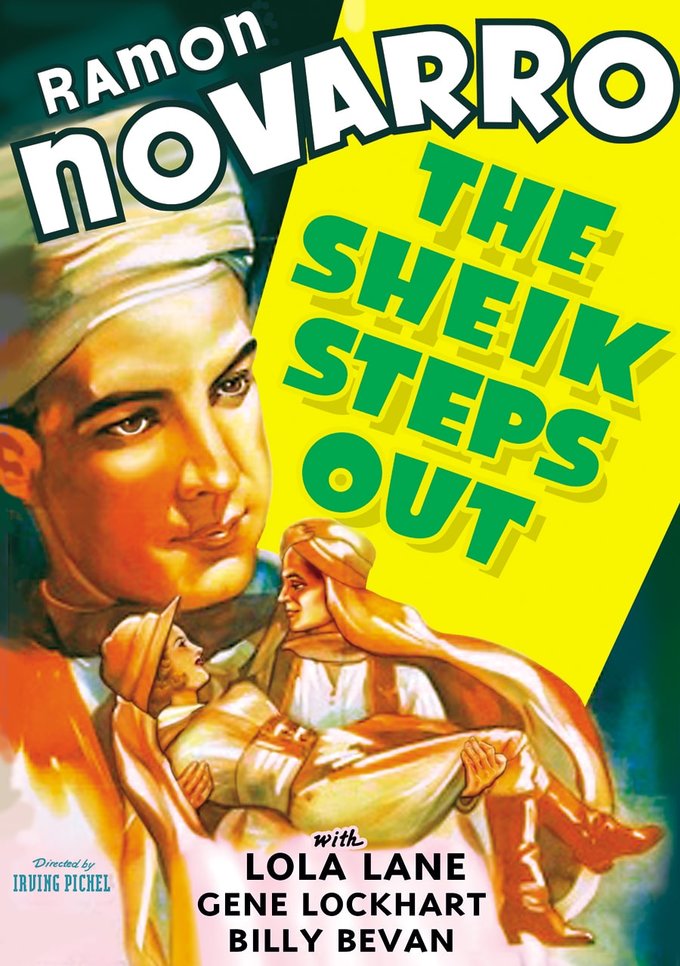 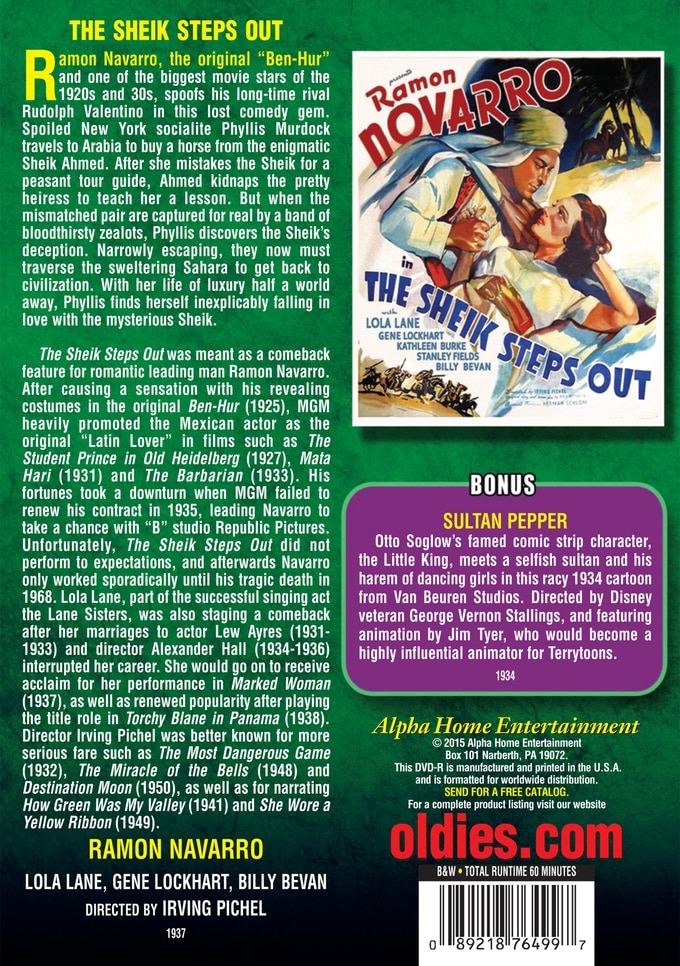 Ramon Navarro, the original "Ben-Hur" and one of the biggest movie stars of the 1920s and 30s, spoofs his long-time rival Rudolph Valentino in this lost comedy gem. Spoiled New York socialite Phyllis Murdock travels to Arabia to buy a horse from the enigmatic Sheik Ahmed. After she mistakes the Sheik for a peasant tour guide, Ahmed kidnaps the pretty heiress to teach her a lesson. But when the mismatched pair are captured for real by a band of bloodthirsty zealots, Phyllis discovers the Sheik's deception. Narrowly escaping, they now must traverse the sweltering Sahara to get back to civilization. With her life of luxury half a world away, Phyllis finds herself inexplicably falling in love with the mysterious Sheik.

The Sheik Steps Out was meant as a comeback feature for romantic leading man Ramon Navarro. After causing a sensation with his revealing costumes in the original Ben-Hur (1925), MGM heavily promoted the Mexican actor as the original "Latin Lover" in films such as The Student Prince in Old Heidelberg (1927), Mata Hari (1931) and The Barbarian (1933). His fortunes took a downturn when MGM failed to renew his contract in 1935, leading Navarro to take a chance with "B" studio Republic Pictures. Unfortunately, The Sheik Steps Out did not perform to expectations, and afterwards Navarro only worked sporadically until his tragic death in 1968. Lola Lane, part of the successful singing act the Lane Sisters, was also staging a comeback after her marriages to actor Lew Ayres (1931-1933) and director Alexander Hall (1934-1936) interrupted her career. She would go on to receive acclaim for her performance in Marked Woman (1937), as well as renewed popularity after playing the title role in Torchy Blane in Panama (1938). Director Irving Pichel was better known for more serious fare such as The Most Dangerous Game (1932), The Miracle of the Bells (1948) and Destination Moon (1950), as well as for narrating How Green Was My Valley (1941) and She Wore a Yellow Ribbon (1949).

Romance | Marriage | Horses | Revenge | Kidnapping | Romances | Love
This product is made-on-demand by the manufacturer using DVD-R recordable media. Almost all DVD players can play DVD-Rs (except for some older models made before 2000) - please consult your owner's manual for formats compatible with your player. These DVD-Rs may not play on all computers or DVD player/recorders. To address this, the manufacturer recommends viewing this product on a DVD player that does not have recording capability.